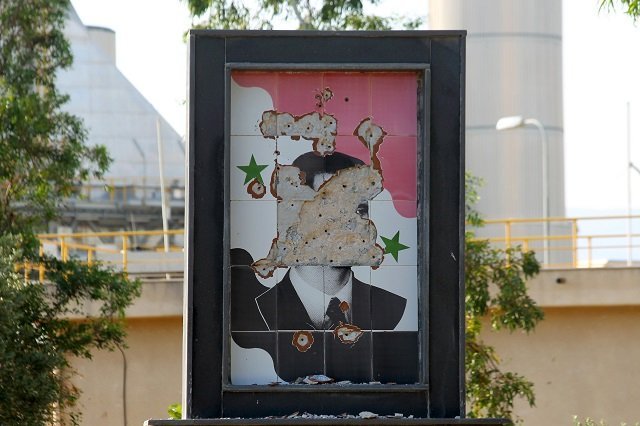 After the 2003 invasion of Iraq by the US military, the regime of Bashar Assad gave de facto permission to foreign-fighter networks operating in Syria to cross into Iraq via a clandestine ratline.

There, they would kill and maim American soldiers. Such a move was hardly unprecedented; during the same timeframe, he allowed the Kurdish PKK safe transit through northern Syria as they moved in and out of Turkey, just as long as they did not conduct operations in Syria itself.

Considering the abrupt invasions of Afghanistan and Iraq after the 9/11 attacks, Assad had his reasons for supporting enemies of the US. “Damascus wanted the Bush doctrine to fail, and it hoped that Iraq would be the first and last time the doctrine was applied. Anything it could do to ensure this outcome, short of incurring the direct military wrath of the United States, was considered fair game,” Syria scholar David Lesch writes.

“These are the actions of a rational actor, and most regimes would have done the same.” Lesch added.

With US special-ops task force conducting direct-action raids throughout Iraq, Rangers, SEALs, and Delta operators were frequently capturing and killing foreign fighters from Tunisia, Libya, Saudi Arabia, and beyond. Many of them came to Iraq via Syria.

Worse, if the task force didn’t capture or kill them, these foreign fighters would conduct suicide attacks targeting coalition convoys or even killing their fellow Muslims in some misguided attempt to instill terror in the populace. “Administration officials were quite simply inordinately upset that Syria was not, in their opinion, doing all it could to prevent foreign fighters from entering and traversing Syria, crossing the border into Iraq, and fueling an insurgency,” writes Lesch.

Although rumors have always persisted about US special-ops efforts within Syria to stymie the flow of foreign fighters, that story is only now coming to light in the new book “Relentless Strike” by Sean Naylor. In Syria, Task Force Orange personnel were sent in “unarmed, and were largely commercial cover operatives,” according to Naylor.

Task Force Orange, also known as Intelligence Support Activity, is the JSOC element charged with intelligence collection and operational preparation of the environment for future operations.

While Rangers, SEAL Team Six, Delta Force, and US Special-ops Forces were kicking in doors and kicking ass in Iraq and Afghanistan, Task Force Orange operatives were trying to cover the entire globe from the Philippines to Morocco to South America, Naylor writes.

TFO personnel are said to have hit the ground in Syria early on, in the summer of 2003, to identify foreign-fighter networks that were already being established, as well as to monitor for signs that Saddam had moved WMDs into Syria prior to the invasion.

“These missions combined high technology with classic espionage tradecraft: cover identities and counter-surveillance practices that included ducking into public bathrooms to change disguises,” Naylor notes. TFO operatives were guided into their target areas by internet IP addresses that the intelligence community had already established as belonging to networks for foreign fighters. Once there, they photographed safe houses, hotels, and mosques frequented by the terrorists.

“On occasion,” Naylor writes in the section of his book about Syria operations, “operatives would pick the locks of al-Qaeda safe houses, filming and photographing what was inside.” New technical surveillance devices were also employed in the form of cameras that gathered tangible proof that terrorists were operating foreign-fighter networks in Syria — proof that stripped away any plausible deniability Assad had tried to maintain when confronted by the US government.

Naylor reports that on at least one occasion, the State Department put the pictures right in front of Assad and made it known that they were not too happy about him turning a blind eye to the foreign-fighter networks in Syria that facilitated moving terrorists into Iraq, where they killed American troops.

“The missions enabled JSOC to build a detailed picture of the network of jihadis from Aleppo and Damascus airports through the Syrian section of the Euphrates River Valley until they crossed into Iraq near Al Qaim. After several years, one name stood out as Zarqawi’s master facilitator in Syria: Abu Ghadiya,” according to Naylor.

It turned out that Syrian intelligence (the Mukhabarat) was already keeping tabs on Ghadiya. With the US lobbying various Arab governments to put pressure on Syria over the foreign-fighter issue, Assad eventually signaled that he would not protest if Ghadiya were taken out, essentially acquiescing to the terrorist’s liquidation.

A Task Force Orange member then made a number of trips to Ghadiya’s compound, acting as a singleton, to place devices that would allow the NSA to vector in on their target’s cellular phone.

Once the NSA had a lock on Ghadiya’s phone, JSOC waited for confirmation from a HUMINT source — Assad’s intelligence asset recruited from within Ghadiya’s network. The cross-border operation was launched on October 26, 2008. MH-60 helicopters from the 160th Special Operations Aviation flew Delta Force operators into Syria where they secured the objective, killing a handful of terrorists in the process. Ghadiya himself was KIA on the objective.

Another interesting factoid was that Rangers from 1st Ranger Battalion were standing by on the Iraqi side of the border as a quick reaction force in case Delta got into trouble. Their method of infiltration? Riding mountain bikes across the border, dumping them into a wadi (a ravine) once they got close to Ghadiya’s compound, and then joining the fight. Thankfully, that contingency never became necessary.

The Delta Force operation was a success, but it never could have happened without the legwork done months and years prior by Task Force Orange, which remains JSOC’s most enigmatic unit.