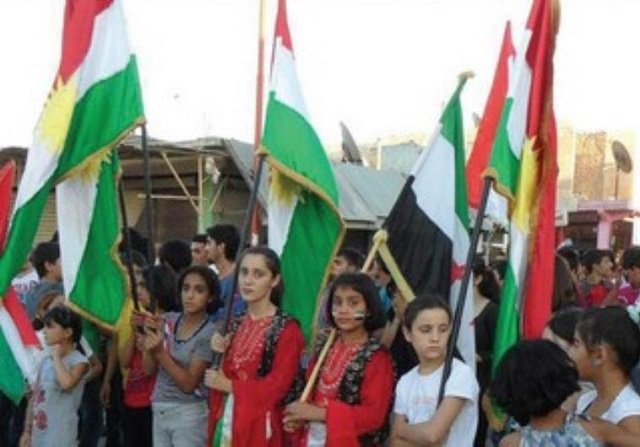 Is a Free Kurdistan State Such a Good Idea Today?

March 4, 2016 2:13 pm 0
The Ongoing Barbarism in Syria
How Will Saudi Arabia Respond to Russian Invasion of Syria?
Assad Fate is a Foregone Conclusion

Is a free Kurdistan State such a good idea to pursue today? It is a question we must ask ourselves considering the dynamics that were compelling enough for many to push for an Iraq free from Saddam. It was a good idea at the time, but is it now?

Iraq is free from Saddam only to fall prey to Iranian influence and control. Consider a similar scenario that would compel Turkey to expand its footprint by creating enough havoc into a newly rising and nascent country that would never see stability. With a free Kurdistan State, are we asking, because of common grounds between Iran and Turkey, to unite those two regional giants to grow and have more influence in the region at the expense of smaller countries?

On paper, a free Kurdistan has all the elements a country like Israel would want to see free and prosperous. After all, the majority of the 25 million Kurds now straddling four countries are Sunni Muslims but whose religiosity has not been tainted by old and violent doctrines. Kurds are generally pro-western and certainly pro-Israel, which makes them natural allies of America. The Kurds, also, are not burdened by Arab influence. They have successfully resisted their occupation by maintaining their ties to their language, traditions, and history.

On paper, it makes all the sense in the world to free the Kurds and help them become independent from tyranny. But so was, on paper, the Iraq War to free Muslims with critical thinking abilities that would free the region from old and violent doctrines. What’s our score card say with regard to Iraq?

What if a free Kurdistan unites Turkey and Iran to cause far more damage in the region that we are anticipating? What if a free Kurdistan State might create the conditions for a new Ottoman rule in the region because of Sunni weaknesses inherent in the geography of the region? The void filled by Russia today cannot be permanent if the United States maintains its distance. It will be filled by the regional powers both of which are not exactly pro-western.

Turkish public opinions against the Kurds is overwhelmingly negative. It would not be impossible for the Turkish Government to mobilize, even unilaterally if needed, to do to Kurdistan what Iran did to Iraq. Backed by funding from the Gulf countries, a free Kurdistan State may yet become a nightmare of gargantuan proportions.

This is not to say that the Kurds should not aim for their freedom until they obtain it. But when we have a government in Turkey that is controlled by the Islamists of the Muslim Brotherhood, and another in Iran controlled by the terrorist Mullahs, maybe the timing is a bit off as the timing of Saddam’s removal before weakening Iran was also a bit off.

Consider all the options when it comes to a free Kurdistan State in today’s vacuum. Patience is a virtue if only we mitigate the risks of it becoming a curse.

Is a Free Kurdistan State Such a Good Idea Today?