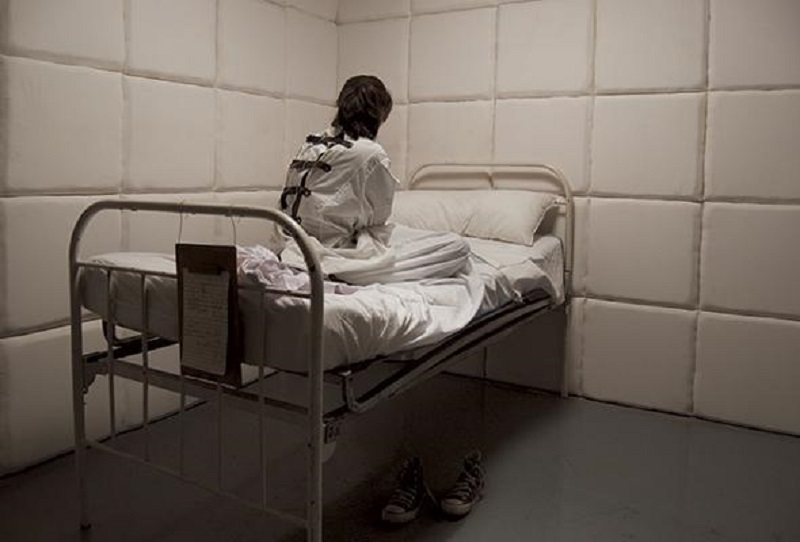 Assad Belongs in a Mental Institution

There are gaps of reason between the west perception of its interests and the clash freedom for the Syrian people might provoke to handicap those interests. Today, the west has abandoned the idea of regime change in Syria. Assad, with all his faults, is left to terrorize his people while countries around the world whistle Dixie perched from their balconies with Champagne glasses in their hands. Watching, yet ignoring. Why is it so difficult to understand the Syrian people when they insist that Assad belongs in a mental institution?

Assad is the reason why hardcore Islamists rise and then recruit others to fight his regime. It is the Assad dungeons of torture and death that elicit a religious reaction. If eradicating terror is the ultimate goal of the west, Assad poses the biggest threat to this goal. Read this article by FDD Long War Journal to grasp the reality of what Assad brings to the table. The west relies on Assad to fight terror when his very existence fosters terror. Where is the logic in this logic?

This is like a doctor prescribing crutches to a healthy patient by asking him to jump from a three-story building first. The ever-ending western obsession with the effect, while ignoring the cause.

ASSAD BELONGS IN A MENTAL INSTITUTION

Why is it so difficult to understand the Syrian people when they refuse to be ruled by a psychotic man who belongs more in a mental institution than the forced right to rule people? What is the purpose of international laws to protect civilians if they fail in their duties? Why have them in the first place if nations are unwilling to enforce them?

The EU sanctions on Syria are extensive. They reach individuals, as well as entities. Yet, Assad continues to detain and kill people opposed to his regime, which, if the Syrian war is our guide, represents the absolute majority of Syrians. The sanctions are not stopping Assad from terrorizing Syrians. The world community, led by the EU, must find an alternative, which is to hunt Assad down for his criminality and genocidal tendencies. The EU must shut down any Chamberlainian argument that we can ignore Assad trespasses the way Europe ignored Hitler’s until it was too late.

No one is secure from the Assad atrocities. If this were the case, why does ISIS represent a threat to the EU? Logically, it should not since the battleground is Syria. Yet, Muslim extremists Assad cultivates, directly or indirectly, are changing the face of Europe. Be it through immigration, or homegrown fighters rising in Europe.

NO CHOICE BUT TO ACT

The west, be it the United States or Europe, and the Syrian people aiming for regime change in Damascus, have much in common. All of us are suffering from a regime of terror Russia has emboldened to destabilize, terrorize, and hybridize extreme violence. If the west fails to remove Assad by force, through precise and targeted assassination, matters will only get worse.

The mental case ruling Syria will one day go on a revenge streak against all those who stood against him. This is why Assad dispatched his Shabeeha to Europe. The EU has yet to rally to destroy Assad sleeper cells.

What happens when Assad is killed? It may present an opportunity for the U.S. and Russia to select an alternative who might just be a true believer in eradicating terror, not his own people. No candidate could be worse than the mental Assad.

Assassinating Assad would change the equation and turn Putin and Khamenei on their heads. Don’t you want to see Russia and Iran fight over his replacement? Assad unites them all under his Syrian roof, and killing him would permit the west to divide and conquer.

Assad Belongs in a Mental Institution