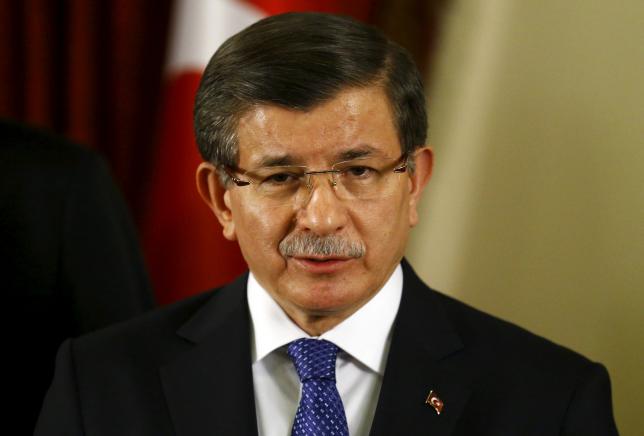 Is Turkey Asking Iran to Unite to Fight Israel or Keep Assad?

The first visit by a Turkish prime minister to Iran in two years is unlikely to narrow deep divisions over Syria’s war, but it could boost trade ties as the lifting of sanctions on Tehran and political gains by reformists clear the way for a business boom. However, most likely the trip is coming down to Turkey asking Iran to choose between uniting to fight Israel or to keeping Assad.

Besides trade and energy ties, Syria will be high on the agenda during Turkish Prime Minister Ahmet Davutoglu’s visit on Friday and Saturday, accompanied by his energy and development ministers, other members of the cabinet and business leaders.

But differences on Syria, where Shi’ite Iran backs psychopath Baschar al-Assad and Turkey backs the mainly Sunni Muslim opposition, will also be on the table, officials on both sides said. Iran is also concerned by Turkey’s deepening ties with Saudi Arabia, with which Tehran has cut diplomatic relations.

“We are in an environment of very big and deep problems with developments in the Middle East … It wouldn’t be right to expect the two countries to agree on every subject,” said a senior Turkish government official, one of several to speak about the visit in advance on condition of anonymity.  Turkey asking Iran to choose between uniting to fight Israel or to keeping Assad.

“We don’t expect to solve everything in one meeting but it’s now necessary to move our relationship forward … Regional issues, notably Syria, increasing trade and cooperation will form the basis of the discussions.”

Turkish trade with Iran reached around $22 billion in 2012 before dropping off sharply to less than half that by last year as international sanctions on Tehran were tightened. Turkish Economy Minister Mustafa Elitas told Reuters last month that Ankara aims to reach $30 billion in bilateral trade by 2023.

“Iran presents serious opportunities, they’re extremely open to future cooperation,” said a source in the Turkish automotive industry who has made several recent visits to Iran.

“There’s huge appetite for Turkish business. It’s a neighboring country where Turkish is widely spoken, with a similar culture. It’s very easy to engage with Iranian business,” he said, adding there were already signs of movement on industry reforms since the Feb. 26 election.

A second senior Turkish official said that Davutoglu’s visit, during which he will meet Rouhani, comes at a critical time and that both sides understood their economic futures were dependent on containing instability in the wider region.

“Turkey and Iran need to adopt a common stance on protecting their two countries, acting together and fighting Islamic State,” the official said.

“Syria is the most serious problem but differences of opinion must be put aside faced with a common enemy. In this sense, this meeting may be the first kernel,” he said.

Sinan Ulgen, head of the EDAM think-tank in Istanbul, said Turkey and Iran needed to find at least a few common denominators for a fragile cessation of hostilities in Syria to become more lasting and facilitate a political solution.

“If Turkey and Iran cannot agree on these subjects, there is a pretty low prospect of the conflict in Syria being brought to an end,” he said, adding that the talks in Tehran would likely touch on Assad’s future and political transition in Syria.

Turkey, along with Western and Arab countries, say Assad must leave power. Iran and Russia have stood by him.

Is Turkey Asking Iran to Unite to Fight Israel or Keep Assad?