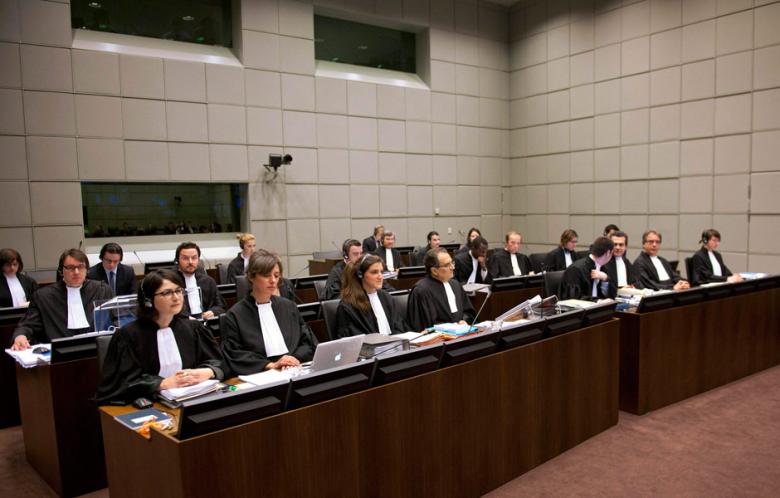 April 29, 2015 7:57 am 0
Assad for Nobel Prize in Chemistry
Is the Arab League Trading Syria for its Security?
The Brainless, the Brainy, and the Braves

Prosecutor at the Special Tribunal for Lebanon, investigating the assassination of Rafik Hariri, said on Tuesday that he intends to examine the security and military ties between Hezbollah and the Assad regime in Syria.

During the trial on Tuesday, when Graeme Cameron asked Atef Majdalani, a Lebanese MP witness, to discuss those relationships, defense attorney Iain Edwards for the five absent but indicted Hezbollah assassins objected by citing that those ties are not subject to scrutiny as they go beyond what is permissible for witnesses to discuss.

“The two major entities at the time in Lebanon were Syria and Lebanon. The connection between Hezbollah and Syria is of significance in this case, not of a political nature, but in both sides’ capacity to contribute to an assassination of this nature.”

This new effort to investigate Hezbollah-Assad ties, which may implicate the Assad regime in the blast that killed Rafik Hariri on February 14, 2005 represent a major victory for the March 14 Movement in Lebanon and the Hariri family.

Cameron is attempting to tie the Assad regime to the assassination by demonstrating that veiled threats emanating from Syria, prior and after the death of Hariri, may indicate that Syrian officials were directly involved in the plot, possibly even directing the Hezbollah assassins.

Majdalani confirmed as much by testifying to a call he received from a Syrian General stationed in Lebanon in 2004 after Hariri defied Assad who demanded that Emile Lahoud’s term as president of Lebanon be extended.

Majdalani said on the witness stand:

“[the general] told me that ‘we [Syrian security apparatus] are present everywhere, and whoever does not abide by our orders should be responsible for his own safety and bear the responsibility.”

Majdalani confirmed when asked that he understood the statement made by the Syrian General “as a direct threat.”