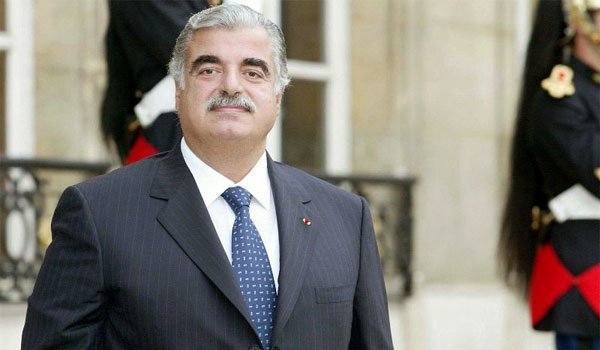 Syria Needs Its Own Rafik Hariri, Alternative to Assad

December 6, 2015 10:49 pm 0
We Will Never Forget
In The Middle East, Democracy is the Real Enemy
Bahrainis Deserve Their Freedom

Saudi Arabia will host a meeting of Syrian opposition groups in Riyadh from Dec. 8-10 aimed at choosing representatives for future international talks on Syria, the official Saudi Press Agency said on Sunday. Today, Syria needs its own Rafik Hariri, a moderate politician and an alternative to Assad.

The Kingdom would commit a grave error in not using this occasion for all the groups to select one leader as an alternative to Assad. Someone moderate the way the late Rafik Hariri was to Lebanese politics. The world wants to see the face of the new Syria to rise from the ashes of the Assad fires before it commits fully to Assad removal.

The Saudi conference marks an attempt to bring together disparate groups whose disunity has long been an obstacle to reaching a peaceful solution to the nearly five-year conflict. If Saudi Arabia succeeds in patching their difference, then the Kingdom needs to concentrate on finding an alternative to Assad among these leaders. Syria needs its own Rafik Hariri.

SPA reported, citing an official source at the foreign ministry:

“The Kingdom of Saudi Arabia sent an invitation to all the moderate portions of the Syrian opposition of different types and trends, and from its ethnic, sectarian and political spectrum inside and outside Syria,”

Saudi Arabia is a strong supporter of opposition groups seeking to topple Syria’s psychopath Baschar al-Assad, whose future has been a sticking point in attempts at a peace agreement.

The conference will not include Islamic State, the jihadist group that has taken over swathes of eastern Syria and northwest Iraq and declared them as part of a cross-border caliphate. The United States and its allies are waging air strikes against the group in both countries.

Many of the Syrian opposition groups are fighting IS at the same time as Assad. The al Qaeda-linked Nusra Front, listed as a terrorist group by the United States and United Nations, will not be part of the conference either.

Members of the exiled political opposition say the meeting will bring together at least 65 representatives of political and armed groups.

Saudi rival Iran has criticized the opposition conference, saying it would cause the failure of international talks. Tehran said on Sunday Assad’s fate should only be decided by the Syrian people as if the five-year old civil war has not answered that question.

Monzer Akbik, a member of the Turkey-based Syrian National Coalition, said a delegation of 20 SNC members had been invited to the Riyadh gathering.

The SNC is the main Western-backed political opposition, although it has only tenuous links with rebels on the ground and is seen as out of touch with the general population.

Syria Needs Its Own Rafik Hariri, Alternative to Assad

What Will Happen to Syria’s Weapons?
I interviewed Bashar al-Assad about Syria’s civil war. He’s still too delusional to end it.
Iran vows to step up fight against Syrian civilians
Middle East News 220 Opinions 1017 Syrian Revolution 1335