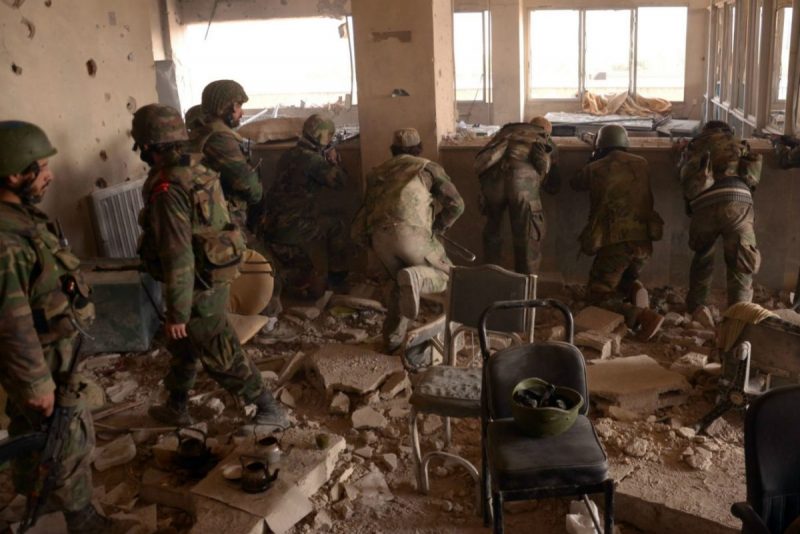 October 9, 2018 6:17 am 0
Removing Assad is the Best Way to Defeat ISIL in Syria
The Irony and Practicality of Western Justice
Assad Belongs in a Mental Institution

The Syrian government has announced an amnesty for men who deserted the army or have avoided military service. It gave them several months to report for duty without facing punishment. Assad desperation rebuilding Syrian army demonstrates the pressure his allies are under to stop the drain on their economies.

In a decree issued on his social media feeds, Chemical Assad said the amnesty covered all punishments for desertion inside or outside Syria.

Assad has massacred many families whose sons became deserters. Experts believe his appeal will fall on deaf ears.

Men inside Syria will have four months to take advantage of the amnesty while those outside will have six months.

Under Syrian military law, deserters can face years in prison if they do not report for service within a short time. Assad desperation rebuilding Syrian army contradicts the regime’s actions against its own people.

Syria’s conflict began in 2011 after mass protests against Assad’s savage rule, eventually leading to over 600,000 deaths and drawing in world and regional powers.

Many soldiers deserted, some to join the rebels and others to escape the fighting. More than half the pre-war population fled their homes. About 5 million went abroad and millions of others were displaced within Syria. All caused by the Assad who now believes his appeal will have an impact.

While the amnesty covers desertion, it does not cover fighting against the government or joining the rebels. The Syrian Government regards them as terrorists.

In the past three years, Russian and Iranian military support has helped Assad regain control of numerous enclaves held by anti-Assad rebels or jihadist militants, ending fighting in many areas.

After a Russian-Turkish deal to avert an assault on the last major opposition stronghold, in the northwest, Assad vowed to retake Idlib. Most deserters will be fighting their own brothers and cousins if they comply.

Lebanon says 50,000 Syrian refugees, out of one million, have gone home voluntarily. The U.N. has not verified nor certified Lebanon’s claim.

In the past, Amnesty wrote about Assad profiteering from mass disappearances. Most Syrian refugees have not forgotten what this regime is capable of doing.

However, the United Nations High Commissioner for Refugees (UNHCR) says conditions have not yet been fulfilled for mass refugee returns. Speaking in Beirut in August, UNHCR chief Filippo Grandi said refugees were concerned about conscription, as well as other issues such as the lack of infrastructure and the terror they may face in a ruthless regime.

Assad Army Composition of Forced Conscription
Assad on the back foot
Hollande: Russia’s Intervention Will Not Save Assad
Assad Must Go 58 Syria 450 Syria News 1044 Syrian Refugees 54