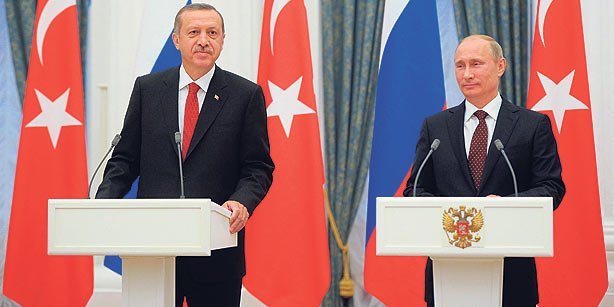 September 19, 2018 12:13 am 0
Why Gulf Countries Cannot Accept Syrian Refugees?
Why the Syrian Opposition Should Ignore John Kerry
If Trump Can Pardon Himself So Can Assad of Syria

It was expected for the opposition to celebrate the agreement thus averting an assault against the civilians of Idlib. But for the Syrian Government to welcome it is quite a strange matter.

Assad Wants All of Syria Under His Control

Repeatedly, and over the last two years or so, Assad has made his position clear with regard to the sanctity of a sovereign Syria rolled back to the 2011 control of all its territories. Assad, with Putin’s support, wants all of Syria back. Welcoming the Idlib Agreement has a contrarian hint that does not square his rhetoric into its round hole.

By welcoming the agreement publicly, Chemical Assad just told world Idlib Agreement is temporary. A reprieve both Assad and Putin will honor until they raise reconstruction funds the regime needs badly. It looks like threatening U.S. troops in Syria and arm-wrestling the EU for Syria reconstruction funds backfired on Putin. So he is switching tactics by defusing every situation that rises instead of exacerbating it.

In that spirit, Putin downplayed the downing of the spy surveillance military aircraft shot accidentally by the Assad defense systems. The Russian military accused Israel, a day earlier, of being indirectly responsible.

The immediate agenda for Russia is to consolidate Assad’s hold on the territories under his control by raising much needed funds for reconstruction. With these funds comes the possibility of relieve from U.S. sanctions as western companies help rebuild Syria.

Second on the agenda is to help the United States fold its tent in Syria. The latest Syrian position on Idlib shows a diplomatic approach to fulfilling those two items on Putin’s agenda.

Fate of the Jihadists

The fate of the jihadists in Idlib is still unclear. If the 10,000 or so jihadists refuse to relinquish their weapons, the likely scenario is that Turkey will join Russia and the Syrian Government in rooting them out. Turkey will provide help on the inside through the Muslim Brotherhood fighters in Idlib. Erdogan must have provided some guarantees to Putin on the fate of those 20,000 Islamist MB fighters. The likely scenario is that Russia agreed to spare them if Turkey can take their weapons away and control their military future.

Nonetheless, the Idlib Agreement is temporary. Once the main two items on Putin’s agenda are fulfilled, Russian troops will attack Idlib for control of all of Syria. Because Turkey did all the heavy lifting, when Putin assaults Idlib, it will fall easily.

Assad Supporters Feeling the Pinch of Their War
Mr. Obama stands by silently as Russia continues its onslaught in Syria
Is Obama beyond recall?
Opinions 1017 Putin Propaganda 73 Syria 450 Syria Reconstruction 31