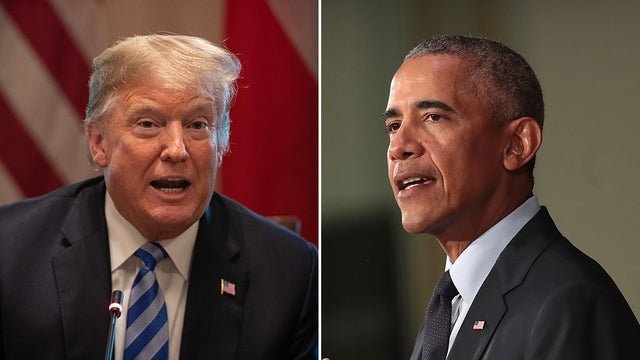 The Obamization of Donald Trump on Syria

The United States has received numerous reports that appear consistent with chemical exposure after an attack by Syrian government forces in northwest Syria. However, to the chagrin of the Syrian people, the Trump Administration is escaping responsibility by alleging it had not made any definitive conclusion as to whether Assad used chemical weapons. This is the the Obamization of Donald Trump on Syria.

We do have numerous sources including interviews with those present during the attack that did report that a number of opposition fighters were taken to local hospitals and presented symptoms that were consistent with chemical exposure.

TUESDAYS AND FRIDAYS IN THE TRUMP ADMINISTRATION

On Tuesday, the State Department said it saw signs the Syrian government may be using chemical weapons, including what it called an alleged chlorine attack on Sunday in northwest Syria. The department warned that Washington and its allies would respond “quickly and appropriately” if they can prove the attack.

At the time, Ortagus said:

We know of course that this is a pattern of behavior, unfortunately, by the Assad regime, but we don’t have any definitive conclusions yet as we continue to investigate.

That was on Tuesday.

On Friday, the State Department is creating the illusion that “maybe” a gas attack did actually take place. It is backpedaling on the seriousness of the war crime.

Is it possible the Trump White House is beginning to accept chemical warfare is a sideshow? Except in the case it may be used against the western world. Again we are witnessing the Obamization of Donald Trump on Syria for different reasons.

President Obama wanted to do something to help the Syrian people, but was too much of a coward. Trump does not want to do anything because he hates anyone that do not look like him. In either scenarios, the Syrian people suffering is the cycle of three Presidential terms. So far.

There are many signs that the Trump Administration, with help from Putin, has aligned itself secretly with Assad of Syria. This backpedaling is just the latest.

What did Assad of Syria promise Donald Trump? We wonder.

The Obamization of Donald Trump on Syria