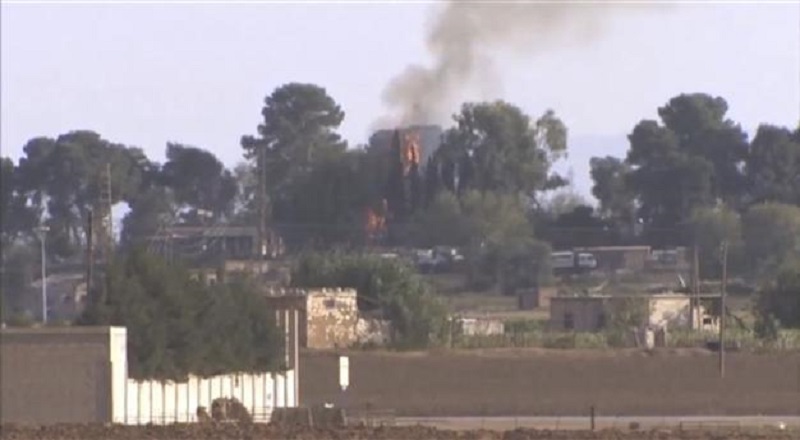 Who Wants a War Between Syria and Turkey?

July 23, 2019 4:38 am 0
Iran Playing Trump Like a Fiddle
Assad Disaster Dawns on His Supporters
The Obamization of Donald Trump on Syria

Five people were lightly wounded after one of two rockets thought to be fired from within Syria landed on a house in a Turkish border town on Monday night, the provincial governor’s office said. Who wants a war between Syria and Turkey?

The Defense Ministry said on Twitter that Turkish forces had responded to the rocket fire and had hit seven targets on the Syrian side of the border.

The precise origin of the rockets or who fired them was not immediately clear.

It would serve the interests of the Assad regime and the rebels in Idlib for a war to break out between Syria and Turkey. Assad wants to create a rift between Putin and Erdogan he thinks is a threat to his rule; and the rebels would divert the bombs away from Idlib if a war breaks out.

Turkish authorities took the five wounded people to a hospital for treatment, Sanliurfa governor’s office said in a statement.

Turkey took extensive security measures in the Ceylanpinar district in southern Sanliurfa province where the rocket landed. An investigation is underway.

The Syrian Democratic Forces the U.S. backs and the YPG spearheads controls much of northern and eastern Syria.

Turkey considers the YPG a terrorist organization and an extension of the outlawed Kurdistan Workers Party. The PKK has led an insurgency against the Turkish state since the 1980s.

Ankara has carried out two operations inside Syria against the YPG. Turkey is working with Washington to establish a safe zone in northern Syria that is home to no YPG elements.

Foreign Minister Mevlut Cavusoglu said on Monday that if a planned safe zone in northern Syria is not established and if threats continue against Turkey, Ankara would launch a military operation east of the Euphrates river.

This attack may be in response to Cavusoglu statement to spark a Turkish military operation.

According to a Reuters witness, three explosions hit areas controlled by Turkish forces on Monday, which are also home to rebel allies to Turkey. The explosions killed one Syrian citizen who worked for the Turkish aid organization IHH.

Who Wants a War Between Syria and Turkey?