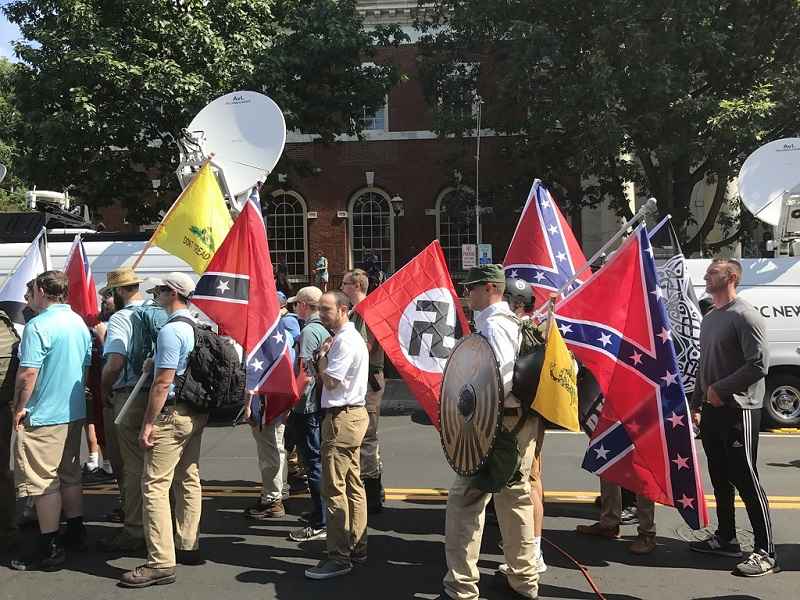 The American House of Brittle Glass

Russia, China, and Iran are interfering in our elections by stirring deep-rooted social problems that have been festering for centuries. When the American house of brittle glass shows signs of structural social fatigue, it is not that hard for our enemies to throw pebbles to break it apart.

In a report in 2006, the FBI warned that white supremacists have infiltrated law enforcement agencies across this country and their job, in our opinion, is to maintain systematic racism alive and kicking. We permitted the ugly southern plantation racist mentality to permeate and spread, and now the bill is coming due.

The United States has traditionally been at the forefront of open door immigration policies to fulfill labor and intellectual needs of an expanding nation. Under the Trump administration, that door has been permanently shut as he attempts to delay the inevitable. What is the inevitable? AP reported that non-whites and Hispanics under 16 today number more than whites, while deaths of whites exceed their birth-rates. This means that soon enough, maybe 20 years or so, whites in America will become a minority.

WHY DONALD TRUMP IS TRULY DUMB

But instead of embracing more diverse Americans into the Republican ideology of smaller government, fiscal responsibility, and less taxes, Donald Trump has taken the opposite route. He wants to reverse the census data by closing the borders, unleashing an open season on black killing by white supremacists who fully control law enforcement and police unions in this country, and plant fear to prepare his white supporters for street battles if necessary. We believe that Donald Trump believes only a new civil war will reverse the trend. His message of “law and order” prepares his followers for that eventuality.

Imagine how dumb Donald Trump is when, instead of working some strategy to grow our nation with the participation of every American, he chose to turn himself into an anti-Abraham Lincoln fighting the brown-skinned minorities to save the white supremacy. For this to actually happen, he needs a spark. Think “not conceding the elections”, or if he wins, go on a slow motion Tulsa 1921 to kill and purge the brown skinned.

Maybe Trump et al (i.e racists white supremacists) think they have exhausted all strategies to change course. Like gerrymandering and suppression of voter turnout. Maybe the white supremacists are looking for their own Final Solution. Why keep waltzing around if they could simply force the issue heads-on with one full swoop action? And who is helping them achieve that goal? Vladimir Putin. For the ex-KGB officer, it’s the ultimate payback to see the American house of brittle glass collapse at the hands of his man in Washington who is too dumb to realize what he is doing. Hail Donald Trump, you idiot supporters.

THE AMERICAN HOUSE OF BRITTLE GLASS

Take a moment to think about this image. A Kenosha white supremacist racist police officer shoots Jacob Blake, a black man, seven times in his back. He paralyzes him. The Chief of Police, also a white racist supremacist idiot, handcuffs Jacob Blake to his bed in the hospital. What’s the message here? Look how brittle our glass house is. Look how easy it is to start a new civil war in this country. It is almost a guarantee, if there is a data on heavy gun purchases in the south, that the last six months have broken all records. Ever since another white supremacist racist policeman killed George Floyd.

The fact that gun stores are running out of bullets tells us something sinister is about to happen. It tells us that people are preparing for a war.

Dear and beautiful America, unless we defeat Donald Trump resoundingly this coming election, the risks to this nation and its law-abiding citizenry is dire indeed. If there is a figure such as the devil, it is living in the White House today.

Get out and vote. Your life may depend on it. Not only do we have to defeat Trump, but we must also defeat any attempt by miscreants, like Vladimir Putin, thinking their sinister plans can succeed.

Never in our history has “Buy One, Get One Free” meant so much. For so many.

The American House of Brittle Glass