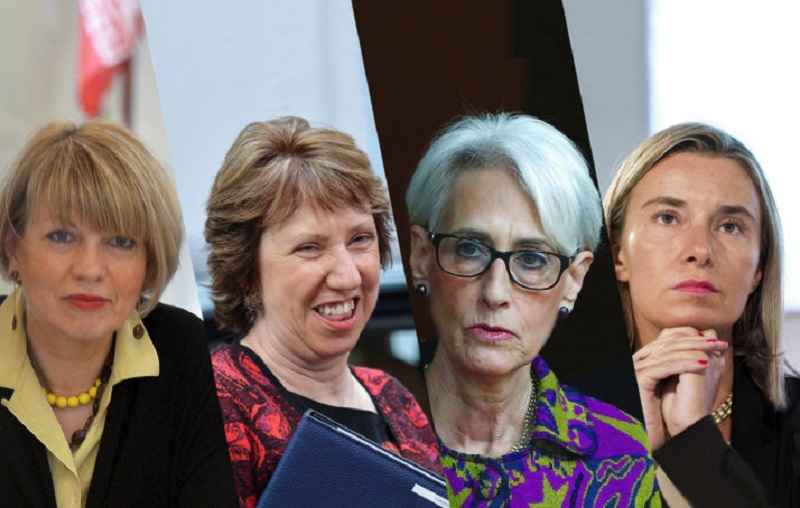 As November 3 approaches, all indications are that Donald Trump will lose the elections. Thinking ahead, many countries are trying to read Joe Biden. Will he follow Barack Obama, or will he be his own man styling policies to correct the horrendous mistakes Obama made on foreign policy? It seems like a new President might want to sign a new Iran Deal while simultaneously block Iranian violence and missiles manufacturing. If Biden wants a new Iran Deal he should ask the Israelis to negotiate it.

Behind the scenes, of course, because the degenerates in Tehran will not sit face-to-face with a Jew. By protecting its long-term interests, by design, Israel would also be protecting the interests of every Arab country. For once in our history, what the Arabs want from a new toothless Iran is probably very close to what the Israelis want.

Whatever the new President might do, just make sure Catherine Ashton, Federica Mogherini and Wendy Sherman are on a beach somewhere in Jamaica. They led the negotiations for the Iran Deal under Barack Obama and the Iranians had them play “spin the bottle” for a truth or dare game. Neither of the three is up to the task of tough negotiations. Honestly, one does not send diplomats wearing silk scarves to negotiate with hardened terrorists.

In particular, Catherine Ashton earned that right to negotiate not because of her diplomatic skills, but because she is part of the British aristocratic class. The Baroness pulled some strings, et Voilà. We hope her pictures with any Iranian official is not representative of her art collection.

There are a number of tough Israeli negotiators who could ink a far better deal as long as Biden continues to support the sanctions while negotiations are on-going. Release the pressure, and you will never finalize a serious deal to contain the terror of the Ayatollahs. Western decorum, often, leads western leaders to forget the barbarism of terrorists.

No country, no matter its interests or our desire to accommodate it, should be allowed to build a nuclear arsenal while simultaneously calling openly for the destruction of another country. This is the definition of insanity, if we even contemplate that possibility. So, for starters, no nukes for Iran under the present government structure and ideology. This should not be permitted under any circumstance.

Secondly, the U.S. and the Arab countries must contain Iranian spread of violence. The new Iran Deal should take into account that if Iran violates it by using proxies, the “snappiest” of sanctions should apply immediately backed by the U.N. and Europe. As long as Iran believes it could enslave Arabs to build an Islamic Empire, its danger will surpass the border of any country, anywhere around the world.

What comes after the Arab world for an extremist Islamic country like Iran? Ask Spain, or Hungary whether Muslim extremists stopped at their gates. A loose Iran run by men of extreme violence and religious ideology is a permanent danger to the civilized world.

Thirdly, we blow-up their missile factories and prohibit Iran from building an arsenal that could reach the heart of Europe and beyond. We also should seek Hezbollah to give-up its arsenal of missiles; as well as heavy weapons, which most of it pointed at Israel and the Lebanese people.

Anything short of total surrender by Iran should invite the Biden Administration to continue the sanctions. Period. This is war and if the civilized world dos not win it decisively, the religious extremist barbarians will.

What Iran has done during the years of Barack Obama, while he watched bemused, has destroyed countries, displaced millions of people, and killed over a million people mostly civilians and counting.