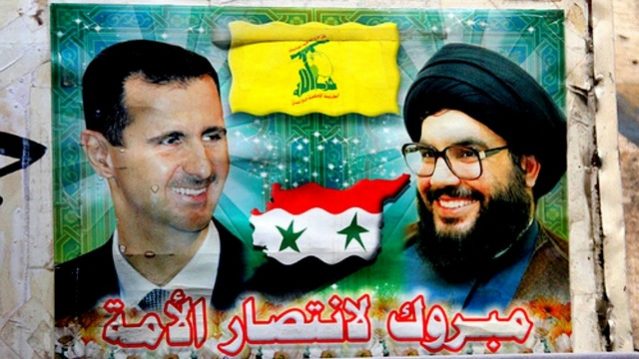 April 21, 2018 8:20 am 0
The World Must Isolate the Barbaric Ayatollahs
Angry Arab Countries May Not Be So Patient
Time to Assassinate the Leadership of Iranian Proxies

An analysis by Hannin Ghaddar at the Washington Institute entitled “Hezbollah Will Be the Big Winner in Lebanon’s Elections” is a must read for all the MENA aficionados. To many, Syria has been on our minds seizing ink, sound, and image; but while Syria burns Hezbollah burns Lebanon. We must not let this happen.

Ghaddar captures the essence of what we should expect on May 6 when the elections in Lebanon take place:

In this year’s elections, scheduled for May 6, Hezbollah has little need to worry about threatening or toppling governments. The organization is now on excellent terms with its erstwhile political opponents, and its Iranian patrons are eager to maintain stability in Lebanon as they work to establish hegemony in other parts of the region. Indeed, the environment has shifted dramatically in the group’s favor since 2009. Although the Syria deployment has been cause for concern among some Lebanese citizens, it has burnished Hezbollah’s credentials among other voters.

In effect, Hezbollah has become the new Syrian occupier in Lebanon. Hezbollah is doing Iranian bidding at the expense of a vibrant country forced to submit to the forces of evil.

With Michel Aoun as President, Hezbollah has successfully amended the electoral laws in 2017 to favor a tighter grip on the country’s future. Ghaddar explains:

Advocates of political reform in Lebanon have long called for a proportional system, theorizing that it would create a more representative parliament in which minorities and nontraditional parties have a better chance to win seats. Instead of opening the political system, however, the new law will actually benefit Lebanon’s political establishment. The “preferential vote” mechanism will incentivize citizens to vote according to their sectarian identity. Likewise, the redrawn electoral districts are more homogeneous than before, reducing the number of mixed-sect districts and decreasing opportunities for cross-sectarian alliances or cooperation.

In other words, Hezbollah has turned Lebanon from a country of Lebanese voters into one where your religious identity aligns your vote to favor sectarianism. While Syria burns Hezbollah burns Lebanon, one of the most dynamic countries in the Middle East America, under Barack Obama, failed to protect. Our ex-President protected Hezbollah from DOJ prosecution for breaking numerous U.S. laws to scurry favors with Iran.

When Hezbollah wins big on May 6, the terror group, as Ghaddar writes, will try and use the law to legalize its weapons. Why? As a preface to legitimizing any future attacks on Israel. While Syria burns Hezbollah burns Lebanon by preparing for a war the country is incapable of waging at any level.

While the West hibernates, Hezbollah is using stability to consolidate its grip unto Lebanon and to prepare to commit the country to more violence it can ill-afford.