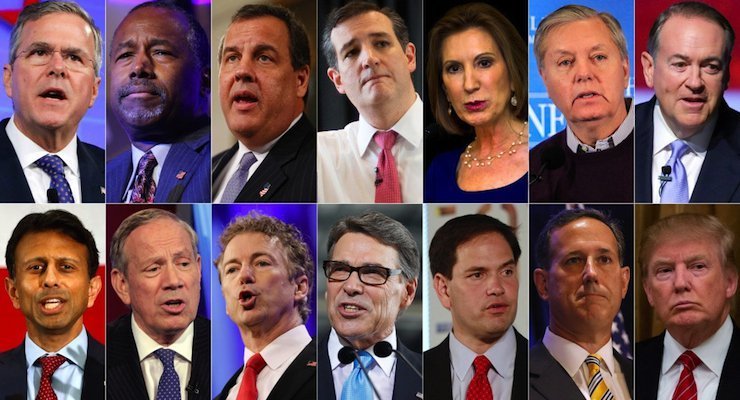 Why Not One U.S. President and Three Vice Presidents?

Under the U.S. Constitution, America can vote for one U.S President and one Vice-President. Article 2, Section 1, the first paragraph states:

“The executive Power shall be vested in a President of the United States of America. He shall hold his Office during the Term of four Years, and, together with the Vice President, chosen for the same Term, be elected, as follows,”

This is preceded by Article 1, Section 3 in which a portion of that section states:

One would be designated as the premier Vice-President to replace an incapacitated U.S. President.

Each of the other two Vice-Presidents would play a decisive role in helping the U.S. President with sound advice with regard to domestic and international issues. Each would have certain attributable responsibilities to represent the nation.

Why such departure? Why this idea is important has to do with the high quality and variety of Republican candidates this time around and the lack of candidates on the Democratic side.

On the other hand, imagine the lack of possibilities on the Democratic sides if the same model is adopted.

Maybe because of the complexity of the presidency and because Barack Obama has divided this nation along race lines, we should consider an amendment to the Constitution to heal our wounds while helping our one U.S. President in his tough job and to make America great again.

Maybe we need one U.S. President and three Vice-Presidents to run this great nation.

Where is the harm in dreaming? Anything to insure that we do not get another Obama in power.

Why Not One U.S. President and Three Vice Presidents?