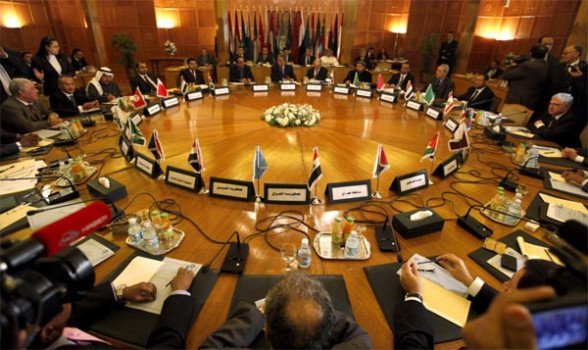 April 30, 2015 3:51 pm 0
Iranian Mullahs Sowing Chaos May Get $50 Billion
Last Straw to Save Assad is Gaza
From Israel With Love: How Powerful a Magnet Assad Is to Terror

With a more assertive new Saudi monarchy intent on defeating Iran, time has come for an unconditional Saudi-Israeli peace agreement that would confront Iranian terror, combat ISIS, stabilize the region, and resolve any outstanding issues, such as the Palestinian cause, through cooperation rather than confrontation.

Saudi Arabia has the best of relationships today with Jordan and Egypt, two Arab countries that have committed themselves to stability and have signed their own peace agreements with Israel. There is no reason why King Salman should not follow suit to strengthen the union of those countries who share similar goals to confront the Iranian threat.

An Arab-Israeli peace agreement, under the Arab Peace Initiative, was proposed in 2002 by the Arab League, and again re-endorsed during the Riyadh Summit in 2007. The problem for the Israelis was that the Initiative was conditional upon the return to the 1967 borders and on the affirmation of U.N. Resolution 194. It happened just as Hamas committed the Passover Massacre, which made the offer quite unrealistic for a security-conscious Israel. Nothing changed since considering the terror Israel faces everyday.

Between 2002 and 2007, Iran was under much American scrutiny and pressure. Today, Barack Obama is seeking a detente with an emboldened Iran attempting to expand its influence in the region, and already occupying four Arab capitals. The Iran we knew under George Bush was far less dangerous than the Iran Barack Obama has created and is intent on imposing upon the region.

The dynamics are also quite different today. Even though King Salman of Saudi Arabia has decided to confront Iran in Yemen and Syria, Iran is not about to quit its rogue behavior, nor quit on building a nuclear program that could threaten Israel and all the Arab countries. An unconditional Saudi-Israeli peace agreement makes all the sense in the world under the prevailing geo-political conditions of the region.

With American influence on the decline in the Middle East, and with Iran expanding its reach deep into the heartlands of the Levant, the Gulf, and North Africa, time has come for an unconditional Saudi-Israeli peace agreement where both Saudi Arabia and Israel come together to find sensible solutions to Iranian hegemony and its use of organizations like Hamas and Hezbollah to perpetuate a state of terror, mayhem, and death.

One has to be blind not to realize that Saudi Arabia and Israel already coordinate, to a certain extent, on activities that serve their common interests whether in Syria or Yemen. Iran has united both countries in ways that Jimmy Carter could only dream about.

However, is temporary coordination enough if American influence is fading in the region? Is there an opportunity, more precious than a Palestinian-Israeli peace agreement, being missed by Saudi Arabia to stabilize the region for good by striking a peace agreement with the Israelis? Both countries together can almost duplicate American presence with their power, resources, and reach.

Present Iran will exploit all the factors leading to destabilization by exploiting the differences between Arabs and Israelis. With an unconditional Saudi-Israeli peace agreement, Saudi Arabia and Israel would be better equipped to control those factors by either solving them together or by imposing their will in the name of stability.

Nothing would threaten Iran like an unconditional Saudi-Israeli peace agreement.