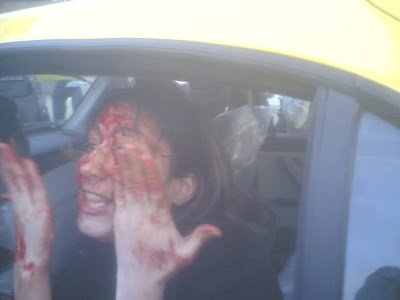 April 22, 2018 9:51 am 0
The Iran Deal Will Fuel The Greatest Exodus in Humanity
Trump Obama Moment on Iranian Terror
Trump Needs to Partner With Turkey in an Election Year

There are three stories coming out of Iran that, when connected, one can only assume the Iranian regime stumbling domestically to survive a continued, non-stop popular street uprising.

Hanif Jazayeri, an activist for a free Iran, tweeted this video to include chant translations of the protesters:

STOP THE PRESSES: #IranProtests today at the Friday prayers sermon in Kazerun. Ppl chanting “Our enemy is right here. They’re lying when they say it’s America”. Witness the disintegration of the mullahs’ regime. (Film via MEK activists in #Iran) What say @USAdarFarsi @nikkihaley? pic.twitter.com/M7HLSHKEHK

US media outlets, in general, have refused to cover the on-going and unstoppable protests in Iran. Why? To protect the Obama Iran Deal. Plight of Iranian women getting beaten on the streets? Not their business. Freedom for the oppressed? Who cares? Call it double-standard, or fake, or whatever other clever label you may come up with, the truth of the matter is that our media has become an entrenched ideological fifth column protecting the Iranian regime.

The second story is the abusive behavior of the regime against everyday innocent citizens. The video below, showing a woman being beaten senselessly by the “Morality Police” went viral on YouTube.

The third story is the fake arrest of a much hated ex-prosecutor accused of torture. AP writes:

Iranian police have arrested a former prosecutor known as the “torturer of Tehran,” who faces a two-year prison sentence over the death of prisoners following 2009 protests, Iranian media reported on Sunday.

The official website of the judiciary, Mizanonline.com, said former Tehran prosecutor Saeed Mortazavi had been arrested, without elaborating. The semi-official Tasnim news agency said police detained Mortazavi in a villa in northern Iran, near the Caspian Sea.

We believe it’s a fake arrest because Mortazavi is part and parcel of a rotten judicial system in Iran. Arresting him is like arresting oneself.

This false narrative has but one purpose. It is to appease the very same people in Mosques chanting “Dread the day we take up arms”. The regime is trying to concoct whatever plots help them escape the wrath of the Iranian people.

Three disconnected stories, but very much go to the heart of stumbling Mullahs trying to survive years of barbaric excesses against the good people of Iran.