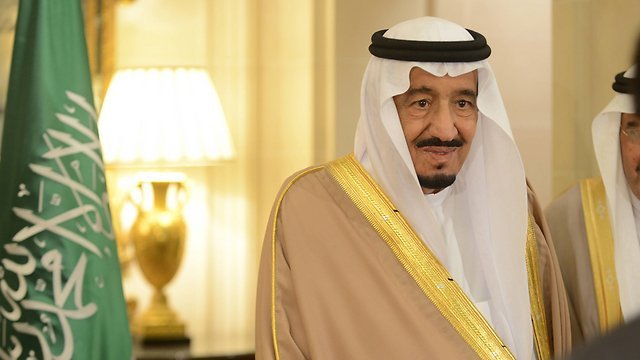 Saudi Arabia Can Stop the Iran Deal if …

August 21, 2015 6:44 am 0
US-Iran relations far stronger
The Third Speech is a Charm
Has the US selected an Assad secret alternative?

We believe Saudi Arabia can stop the Iran deal. This is how.

The whole purpose of Barack Obama’s Iran deal is to create equilibrium in the Middle East. A nuclear equilibrium between Israel and Iran. His logic rests on the notion that if Israel has that superior military nuclear edge, so should Iran to weaken Israeli superiority.

Never mind that Israel has never threatened any country with annihilation. Never mind even that Israel never admitted to being a nuclear power. In Obama’s book, this does not grant Israel the right to have nuclear superiority, therefore, the result is his Iran deal equilibrium nuclear effort.

Deep down, though, Obama is hoping for Iran to annihilate Israel. Why think equilibrium if this is not the goal? Israel has been a nuclear power for decades and it did not seem to bother or threaten any Arab country in the region. In fact, we venture to claim that Arabs felt more secure with Israeli nuclear arsenal because they knew it was a big red flag to any rogue regime intent on destabilizing the region. Until Obama came in the picture, that is.

The problem with Obama’s defunct calculation is the Sunni countries who are watching live the horrors of the Shiite terror against Syrian civilian Sunnis. They are all wondering if this is what is in store for them if they turn the other cheek while Barack Obama makes a mockery of their total surrender to his Iran deal. They are all wondering what the results would be if they succumbed to Obama’s pressure.

Saudi Arabia knows that when Iran acquires the atomic bomb, Iran would threaten Sunni countries first. They are all sitting ducks in the Mullahs’ pond waiting for a fate that we saw a glimpse of it in Yemen. They are all huddled today to find the best response to Obama’s threat to their very own existence from a nuclear Iran, whether now or down the road.

Saudi Arabia can stop the Iran deal if King Salman goes on national television and delivers a speech whose summary is the following:

Saudi Arabia has acquired a nuclear bomb from Pakistan with many more on order to prepare for an Iranian bomb surely to come. If the P5+1 countries intend on signing the Iran deal, then we will be ready for Iran with our own nuclear arsenal. If, however, the P5+1 refute the Iran deal and strengthen their sanctions against Iran to truly block it from ever becoming a nuclear power, then Saudi Arabia would abandon its nuclear armament pursuit. To understand our decision, just imagine tomorrow’s Iran armed with nuclear weapons when today’s nuclear-free Iran is terrorizing Arabs in four different countries.

That should give pause to everyone and kill Obama’s willful intent to harm Israel with Iranian terror.

A nuclear Iran is the most dangerous idea ever pursued by a western nation or a western leader. This, if you consider Barack Obama to be a westerner totally committed to America’s interests.

Saudi Arabia can stop the Iran deal if King Salman makes a bold and courageous move to show how dangerous this deal is to the region if signed.

Saudi Arabia Can Stop the Iran Deal if …