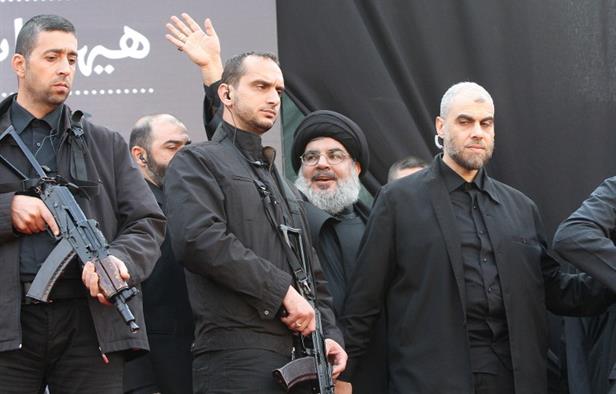 March 9, 2016 7:52 pm 0
Should U.S. Destroy ISIS?
The Thuggery of Hezbollah is Pure Evil
Hezbollah’s Influence in Africa Is Superior to Obama’s

Source: NOW. – by Sara Assaf (We are terrorized)

When Saudi Arabia froze its military aid to Lebanon as a response to the Lebanese government’s failure to condemn attacks on Saudi missions in Iran, the anti-Hezbollah March 14 public expected their leadership to “jump on the occasion,” and re-ignite a political confrontation that had lost its punch in Lebanon over the years.

But apart from a meaningless joint cabinet statement that failed to convince the Kingdom, and solidarity visits to the Saudi embassy coupled with a nation-wide petition focused on vague promises to abide by the Arab consensus, there were no tangible actions taken.

Few days later, when Hassan Nasrallah stepped up criticism of Saudi Arabia, accusing it of directing car bombings inside Lebanon, the March 14 public again expected their leadership to react by counter-attacking Nasrallah’s claims, as they previously have done in such cases. But both Future Movement leader Saad Hariri and Lebanese Forces leader Samir Geagea did not react forcefully.

Then when member states of the Gulf Cooperation Council classified Hezbollah as a “terrorist” organization, the March 14 public was shocked to witness Lebanon’s rejection of a joint statement classifying Hezbollah as a terrorist organization at the Arab summit in Tunisia, noting that this stance was taken – on behalf of the Lebanese government – by Interior Minister Nouhad Machnouk, a leading figure in the Future Movement, the Lebanese party closest to Saudi Arabia.

According to Oxford Dictionaries, terrorism is “the unlawful use of violence and intimidation, especially against civilians, in the pursuit of political aims.”

Can one argue that the targeted assassinations of numerous March 14 political figures, starting with late Prime Minister Rafik Hariri in February 2005… cannot be classified as terrorism?

Can one argue that Hezbollah’s military invasion of West Beirut in May 2008 to intimidate its political opponents and tip the balance of power in its favor… does not fall the definition under terrorism?

Can one argue that overthrowing ex-Prime Minister Saad Hariri’s government in 2011, and using Hezbollah’s “Black Shirts” militia to coerce Members of Parliament to vote against Hariri… cannot be viewed as a form of terrorism?

Can one argue that Hezbollah’s military assistance to the Syrian regime as of 2012, under the flag of sectarian “Jihad,” with the aim of smashing a revolution that was back then made up mostly of unarmed and peaceful protestors… does not count as terrorism?

Can one argue that inciting violence, smuggling arms, reporting to the Iranian Revolutionary Guard and having paramilitary wings in Lebanon, Syria, Iraq and Yemen… cannot be classified as terrorism?

Truth is when hostages are interviewed under the eye of their kidnappers, they always vehemently affirm that they are being fairly treated and that the hostage-takers are not terrorists, but rather principled men who abducted them for a just cause. Of course, they do so under coercion and in fear of their kidnappers, who have ultimate control over their lives.

March 14 politicians today are acting exactly in the same manner. They have become hostages of Hezbollah, just like the whole of Lebanon. Since 2005, they have survived assassinations, riots, threats, deadly clashes and a military invasion of Beirut. They have acknowledged the lethal capabilities of Hezbollah and evaluated the dangers of provoking this party at times where a Saudi-Iranian proxy war is fueling the whole region. They even recently received a new warning message from Hezbollah, when its supporters burned tires and blocked roads in Beirut, just because a Saudi-owned TV station aired a program mocking Nasrallah. The weapons of Hezbollah are always there, breathing down our necks, in every election, every negotiation, every turning point and every decision.

11 years after the Cedar Revolution, what is left is a weakened and disunited March 14 coalition, that has slowly but surely surrendered Lebanon to Hezbollah, and is obviously reluctant today to wage even a minimal political confrontation against the “Party of God,” who has become the most powerful and commanding force in Lebanon.

So yes, Hezbollah is a terrorist organization.
But it is mostly terrorizing us, inside Lebanon.
And we are just too terrorized to shout it out.