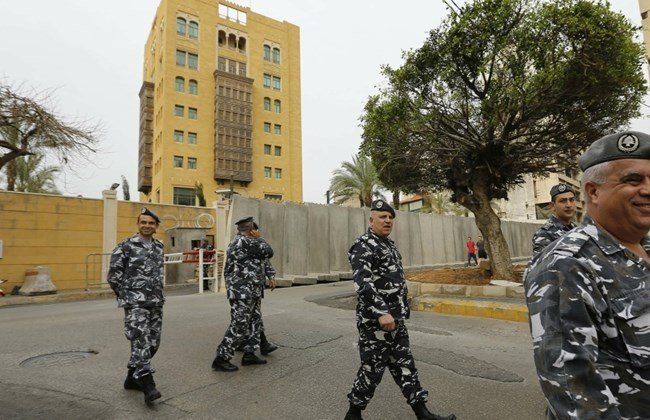 April 2, 2016 7:37 am 0
What Assad Fears is What the US Avoids Like the Pest.. Go Figure
How Hezbollah Gunmen Abduct Christian Under-Age Girls
Three Hezbollah Terrorists Captured by Islamists in Syria

Based on intelligence it received, the embassy of Saudi Arabia in Beirut, Lebanon has beefed-up its security measures three days ago. The threats, received by the Saudi ambassador to Lebanon Ali Awadh Asiri, were viable enough for the new measures. Is Saudi Arabia expecting Hezbollah terror?

Few days ago, the Saudi newspaper Asharq al-Awsat offices were ransacked when a group of young men stormed its Beirut offices in protest at a cartoon deemed insulting to Lebanon. Yesterday, the offices of al-Arabiya, a Saudi TV channel, were closed and 27 employees were dismissed.

The Dubai-based channel said in a statement it has “restructured” its operations in Lebanon “due to the difficult circumstances and challenges on ground, and out of al-Arabiya’s concern for the safety of its own employees and those employed by its providers.” The channel, nonetheless, committed to “continue to closely cover Lebanese affairs.”

However, Asharq al-Awsat committed to keep its offices open in spite of the ransacking most likely Hezbollah was behind. The newspaper held the Lebanese authorities responsible for the safety of its employees at its offices.

Relations between Riyadh and Lebanon deteriorated in February when Saudi Arabia blocked a grant it bestowed upon the Lebanese army in protest against Hezbollah’s media attacks on the kingdom. The fact Foreign Minister Jebran Bassil’s abstention from voting in favor of Arab League resolutions condemning attacks against the Saudi embassy in Iran in January made matters even worse.

The kingdom urged its citizens against traveling to Lebanon. All the other Gulf countries also issued similar advisories. This is bound to harm the Lebanese tourism industry Lebanon relies upon for much of its state revenues.

In March, the Arab League declared Hezbollah to be a “terrorist” organization, which followed a similar measure adopted by the Gulf States over the terror organization support for the psychotic Assad regime in Damascus.