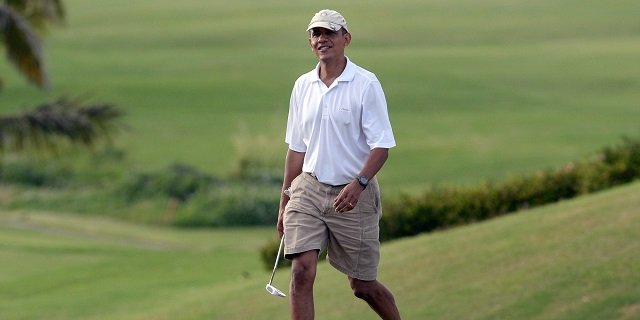 Putin Used Amateur Obama to Punch Above His Weight

Vladimir Putin cited Russian military success in Syria as his reason for scaling back his forces there. But his belief that the intervention delivered him a seat at the top table of world affairs is more likely to have tipped his hand. Indirectly, Putin used amateur Obama to punch above his weight and to regain Soviet prestige and power.

It all started with Barack Obama’s missed Red Line against the Assad regime he told the world, in his The Atlantic interview, was his proudest moment.

Russia’s Syria operation, launched on Sept. 30 last year, made military, diplomatic and domestic political sense for the Kremlin which was keen to shore up its closest Middle East ally and protect its only naval facility on the Mediterranean. It has largely achieved both aims. While Putin was bombing his way to a seat at the head of the table, Barack Obama was mostly playing golf.

An analysis of comments made by the Russian president and other officials, and conversations with people familiar with his thinking, suggests his primary aim was to make Russia so indispensable to the Syrian peace process that it could regain a measure of the global clout the Soviet Union once enjoyed.

“Russia has returned to the global board of directors. (It has returned) to the table where world and regional powers decide the fate of others’ conflicts and Russia is clearly not a local but a world player.”

Putin is famously inscrutable and unpredictable, and his decision to draw down in Syria was no exception. He confides in only a small coterie of people around him, and it came as a total surprise for many in the Kremlin and the defense ministry.

“I spent all day at the defense ministry and did not hear a peep,” one defense industry source told Reuters, speaking on condition of anonymity because of the matter’s sensitivity.

State propaganda outlets spoke on Tuesday of a “mission accomplished”, a phrase that deliberately mimicked the one plastered on a U.S. warship in 2003 when President George W. Bush declared the end of major combat operations in Iraq.

The real mission, some say, was to give Russia a say in world affairs. Putin used amateur Obama to punch above his weight.

In the space of six months it has gone from being a pariah state in the West because of its annexation of Crimea and support for pro-Kremlin rebels in eastern Ukraine to being the go-to partner over Syria. Once spurned by Western leaders, it is now a regular interlocutor for both Washington and EU leaders.

“Putin has already got all the political benefits,” said Nikolai Petrov, a political expert at the Higher School of Economics in Moscow. “It is better to withdraw before costs increase, before any accident can happen, and before the risks become too high.”

Reuters estimates the 5-month operation has cost the Kremlin $700-800 million. The human cost has been higher. Although the official Russian military body count is just four, Islamic State claimed it blew up a Russian passenger plane over Egypt in October, killing all 224 people on board, in revenge for Syria.

Obama’s national security apparatus in Washington has never looked weaker for allowing a third-world country to upstage America in such a humiliating fashion.

Putin Used Amateur Obama to Punch Above His Weight