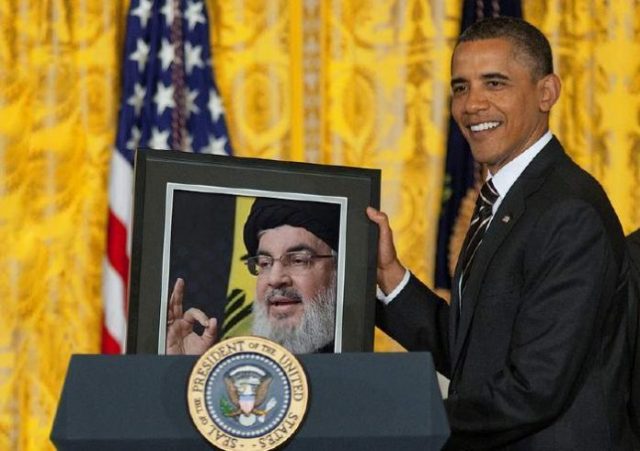 No other president in our modern history intentionally skirted the law with regard to protecting our sworn enemies like Barack Obama has. The list of egregious actions is long, and we are beginning to see many surface as whistle blowers step forward to hold Obama responsible. Specifically towards his Hezbollah protection when the terror group funneled drugs into our country.

DOJ Attorney General Secretary Jeff Sessions announced a review of all those drug and money laundering cases the Obama administration refused to prosecute to honor its commitment to sign a faulty Iran Deal. A deal Iran has used to kill more innocent civilians in Syria and to occupy the capitals of four Arab countries courtesy of the defunct policies of Barack Obama.

The word ‘Review’ AG Sessions used is mild. It is not an investigation, nor is it an indictment. It is simply a way to pry open the bombshell allegations made by Josh Meyer in his exclusive article for Politico. If proven to match the whistle blowers’ statements and facts, Barack Obama can no longer escape scrutiny the liberal media has refused to instigate for so long. Barack Obama is no longer a protected entity who got away with bad policies. At least now, it is starting to look like he is being held accountable like every other US President should.

In announcing the review, Attorney General Sessions made the following statement:

“Operations designed to investigate and prosecute terrorist organizations that are also fueling that drug crisis must be paramount in this administration. While I am hopeful that there were no barriers constructed by the last administration to allowing DEA agents to fully bring all appropriate cases under Project Cassandra, this is a significant issue for the protection of Americans. We will review these matters and give full support to investigations of violent drug trafficking organizations.”

Barack Obama once quipped: “I can do whatever I want”. With regard to protecting terrorist organizations and countries, he has.

If found guilty, hold Obama responsible, in addition to his echo chamber maestro Ben Rhodes, for protecting Hezbollah from our prosecutorial powers to stem the flow of drugs into this country.