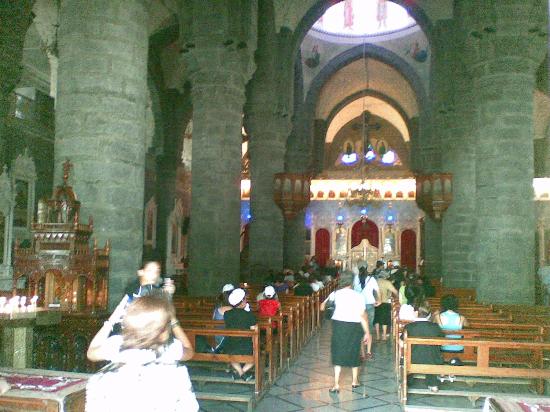 January 2, 2013 3:22 pm 0
Former U.S. Ambassador: There Won’t Be Peace in Syria Without Prosecution of Assad
Diplomatic Solution for Syria is Impossible Without Assad on Trial
Three groups you probably didn’t know were fighting for Syria’s Assad

Survival of Syrian minorities is under siege from different groups; due to past policies that have made their survival, let alone their prosperity, a matter for concern to many and a red line that must not be crossed.

Many know about the groups who have, throughout history, bludgeoned to death the notion of co-existence with any sect or group that cannot declare its allegiance to Islam. These groups, represented by the likes of al-Qaeda and the Taliban, are being confronted on many fronts today by countries who see their danger beyond the borders of an Islamic Caliphate. Not that success is guaranteed, but carrying the weight of being called an al-Qaeda or al-Qaeda-affiliated group has its price. This, however, is not enough to save Syria’s minorities.

This siege mentality against the survival of Syrian minorities helped promote the Arab Socialism and Nationalism ideologies deeply rooted in Syria today. Both ideologies attempted to diverge from the religious card by highlighting Nationalism as the form and Arabism as the identity. It is no surprise then that the founders of these ideologies were two Arab Christians. Antoun Saade who founded the Syrian Social Nationalist Party (SSNP) and Michel Aflaq who co-founded the Arab Socialist Ba’ath Party (ASBP) with Zaki al-Arsuzi (Alawite) and Salah el-Din al-Bitar (Muslim Sunni). The goals were brilliant, but the mechanism and the nature of politics in the region contaminated their goals (Socialism after the pro-worker proletarian Bolshevik Revolution became a populist movement). What started as Arabism and Nationalism to deflect from religiosity ended being a true Stalinist oppressive state in the aftermath of the Assad takeover in 1970.

After that takeover, Hafez al-Assad convinced the minorities of Syria that only an authoritarian Government can dictate the rules to any Islamic ambitions; he further set the tone of this new approach by condemning to death, after the uprising in Hama in February 1982, any Islamist. In effect, Hafez built a semi-legal fence around the minorities using brute force instead of persuasion as we learned was effective in Lebanon. The more grip on power he was able to muster, the more comfortable the minorities became in the knowledge that their history, traditions, and heritage have been secured. To the minorities of Syria, Hafez al-Assad, who refused to leave their fate to chance, became the shield they believed Arabism and Nationalism would provide naturally.

Today, the shield is crumbling and all the minorities, including some of the Lebanese affiliated with Hezbollah, feel totally vulnerable to the unfolding events. Many want to fight believing that the alternative is either death or forced immigration if unwilling to convert to Islam. The rock or the hard place minorities have tried throughout their history to avoid has suddenly become a reality with the fall of the Assad regime of terror. To go from instituting ideologies to securing their co-existence to having no choice but to fight or immigrate is not what Syrian minorities had in mind. Many today are questioning the wisdom of going to sleep trusting Assad with their future. However, there are many also who see fighting back as the only way to survive.

It’s during these turbulent times that many are asking themselves really the question any survivalist would ask: How do we go about our lives, in the lands we have settled in for over thousands of years, without any fear of losing everything including our identity? These are the moments when fighting for a homeland or a State become a necessity; but these are also the times when President Obama and his closest advisers on Syria in John Kerry can review the wisdom of the policy of handing-over Syria to PM Erdogan of Turkey and al-Thani of Qatar to empower the Islamists. You see, Obama apologizing in Cairo and elsewhere was viewed as a sign of weakness, not benevolence or magnanimity.

Not Too Late for the Survival of Syrian Minorities

It’s not too late for the US to act for the survival of Syrian minorities instead of promoting policies that would split the country apart and help sectarian violence we know from the Iraq-Iran War did little to stop Saddam’s terror or the Mullahs of Iran from pursuing anti-American policies.

In Islam, the more of us die, the stronger we become and the more we multiply. That’s the secret of Islam and that’s why Islam treats its women as egg farmers treat chickens. The solution is not in death, but in cunning and shifting resources to enable different outcomes. Hard it is, but US Diplomats owe it to history to tackle the difficult instead of taking shortcuts with one aim in mind: Write rosy memoirs at the end of their short-lived careers as real power brokers and kingmakers. Think in terms of multi-generations with US Diplomats laying just the bare foundation no book can ever turn into a spring garden.

Syrians cannot afford to live in a one color rainbow society because from the looks of it, it will be black throughout. We must save and alleviate the fears of the minorities and we must avoid the pitfalls of a long-term sectarian war able to create monstrosities our mind cannot fathom today. Just imagine if after a 20-year old war, instead of professors, whatever is left of the Syrian society would be real and hardened soldiers trained to kill. Nothing to lose and much to gain from bashing air-conditioned societies living outside their miserable existence.

Don’t give up yet on the hard work ahead. We can together help save the minorities if only our President has the wisdom he claims he has.

Federal Syria or Not, Assad Has to Account for His Crimes
Syria Accused of Attacks on Medical Facilities
New Reports Detail Assad’s Brutal Tactics in Syria
Opinions 1017 Radicalism 567 Syrian Revolution 1335 Things That Matter 382