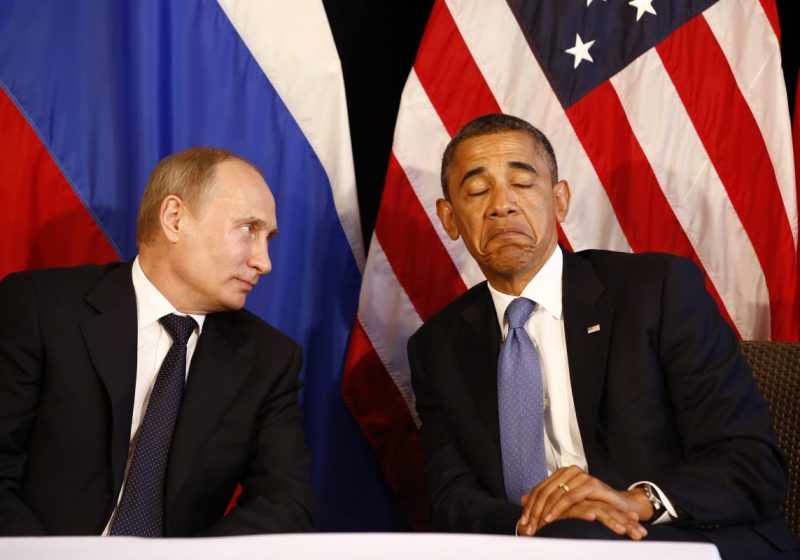 The Deafening Sound of Multilateralism

A wake-up call was published by the New York Times with regard to Russian intransigence on Syria titled “Why Russia Won’t Help on Syria” in which the author Samuel Charap, a senior fellow on Russia and Eurasia at the International Institute for Strategic Studies, highlights well the reasons why Putin is not in the mood to deal any cards on Syria. The deafening sound of Multilateralism is too noisy.

WITH all the high-level diplomatic visits to Moscow and accompanying news headlines, a casual observer might easily conclude that Russia holds the key to resolving the Syrian crisis. But as the latest round of failed talks this weekend — this time between Russia’s foreign minister,Sergey Lavrov, and Lakhdar Brahimi, the United Nations and Arab League envoy on Syria — conclusively demonstrate, Russia will not be part of the solution on Syria.

Senior Russian officials have made that clear for months, but some members of the international community, perhaps until recently, just didn’t believe them.

In other words, someone like Putin needs to be confronted by someone like President George Bush. This deafening sound of Multilateralism Obama has imposed upon us with is his own. In fact, the USA has become the slave and Russia the master. It is happening under a naive foreign policy unable to confront the dark shadows of the past. Or even admit that the other side has not abandoned them.

What Charap writes should be of concern to any American. How naive or how sharp are the people running US foreign policy, especially in the Bureau of European and Eurasian Affairs headed by Philip H. Gordon.

Ignore Assad Terror at Your Own Peril

What imperatives are at stakes to ignore such an important central country like Syria? A country responsible for so much instability and terror since the 70’s? Gordon, as Assistant Secretary of State, has some pull one would presume in addressing the Russian intransigence through the deafening sound of multilateralism. Whether those concerns were voiced and somehow dismissed by Secretary Clinton or President Obama is not something we know of or would be privy to under normal circumstances; however, the question is reasonable to ask considering the missed opportunity on Syria, how much influx of Islamic extremists we have watched happen in slow motion, and most important, what was the Opportunity Cost missed by the US with regard to Syria had the President acted early-on?

We are almost certain Gordon must be asking himself these questions if he was the architect of how to deal with Russia.

Charap goes on to write:

Rather, the tragedy in Syria has brought to the surface a fundamental divergence between Russia’s approach to international intervention and that of much of the rest of the international community, particularly the United States and the European Union. Moscow does not believe the U.N. Security Council should be in the business of endorsing the removal of a sitting government.

Many people in the Russian foreign-policy establishment believe that the string of U.S.-led interventions that resulted in regime change since the end of the Cold War — in Kosovo, Afghanistan, Iraq and Libya — are a threat to the stability of the international system and potentially to “regime stability” in Russia itself.

How Well Do We Understand Russia?

This gap Charap highlights with his Op-Ed also demonstrates how little either the Bureau of European and Eurasian Affairs understands Russia (A big part in us doubts that) or worse yet, how confident are the Bureau calculations in the possibilities to change Russia (Free gift of dismantling the Defense Shield in Poland notwithstanding).

If this was an Obama bet using over 46,000 Syrian lives as Poker chips, then he owes Syria the honesty to man-up to his mistake. No breath holding though, please becuase the deafening sound of multilateralism breaks the sound barrier.

The closest thing we come to understanding the US-Russian relations is the fact some Syrian-Americans lived in a country, at the height of the Cold War, which submitted body and soul to Soviet interests and goals. This can be traced back to Hafez al-Assad to 1957, something we wrote about in “Stalin: Death is the Solution to all Problems” on January 30, 2012. Our generation was at the receiving end of Soviet brutality with all its glory; and although many were tortured in accordance with the Soviet manual applied in Syrian jails, my own personal jailers beat me enough to sustain hard laughter for my adolescent party jokes for a long time.

Do you get the feeling that in the aftermath of Benghazi, the Syrian debacle, and the rapid growth of extremists in the Middle East that something is amiss in the US foreign policy? Or are these just coincidences or expectations in a dangerous world?

My bet is on the former, but my hope is the latter.

The Deafening Sound of Multilateralism