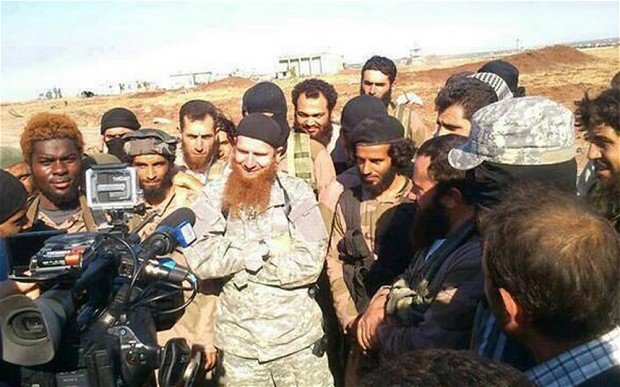 Foreigners fueled by Islamic fury are rushing to Syria to fight Bashar Assad at a faster rate than the flow of rebels into Afghanistan in the war against a Soviet-backed regime in the 1980s, analysts say.

“This is probably one of the biggest foreign-fighter mobilizations since it became a phenomenon in the 1980s with the Afghan jihad against the Soviets,” said Aaron Y. Zelin, a Washington Institute researcher who studies al Qaeda and Syria.

The number of foreigners in Syria has not reached the level in Afghanistan three decades ago, but that civil war lasted nine years, while the Syrian rebellion is 2 years old.

Mr. Zelin said the rate of foreign recruits streaming into Syria is “unlike anything else.”

The foreign fighters – called jihadists, or holy warriors – come from at least 60 nations. Most are Arabs from Saudi Arabia, Libya and Tunisia, but a few dozen are from Western Europe, particularly Britain, Belgium,France and the Netherlands, Mr. Zelin said. Ten to 20 fighters have come from the United States, he said.

Analysts say fighters join the rebellion out of a sense of religious duty to help fellow Sunni Muslims, but they become radicalized because the most powerful rebel groups are affiliated with al Qaeda.

More and more opposition groups are peeling away from the Western-backed moderate Syrian National Coalition and its Free Syrian Army military umbrella, and joining with al Qaeda-linked Islamic State of Iraq and Syria and Jabhat al-Nusra, which are better funded, equipped and organized.

Foreigners make up about 80 percent of Jabhat al-Nusra‘s leadership, and as much as 20 percent of its 6,000 to 7,000 fighters are from other nations.

About 40 percent of the Islamic State of Iraq and Syria‘s 4,000 to 5,000 fighters are foreigners, and its leadership is about 80 percent foreign, according to the Syrian Support Group, which distributes U.S. supplies to opposition rebels.

Those radicalized fighters will pose a threat to their home countries when they return, said Michael Scheuer, a former CIA analyst.

“It is clearly more serious today than ever before,” he testified at a congressional hearing in Washington last week.

“They return with confidence that victory is possible. They and their colleagues now know that they inflicted humiliating defeats on the United States military in Afghanistan and Iraq, and that knowledge will boost both spirits and recruitment.

“And they come home with a list of contacts among their fellow mujahedeen from whom they can seek advice or more material forms of assistance.”

Jabhat al-Nusra and the Islamic State of Iraq and Syria pay their fighters “competitive” monthly wages compared with other rebel groups, and are conducting public outreach efforts such as giving presents to children and teaching them to sing religious chants, Mr. Zelin said.

The moderate opposition is being “squeezed” between the Islamist rebels and government forces in the civil war, which has claimed more than 100,000 lives.

The United States can do little about the alarming trend, having lost credibility and alienated moderate opposition fighters who are disappointed and angry with empty U.S. promises, analysts said.

“At this point, I haven’t seen any indication the [Obama] administration has any plan of how to deal with the jihadis in Syria,” said Barak Mendelsohn, an associate professor of political science at Haverford College who studies Islamic terrorism.

Washington has protested the influx of foreigners in the war.

“We have been very vocal and clear in denouncing the presence of all foreign fighters,” State Department spokesman Edgar Vasquez said.