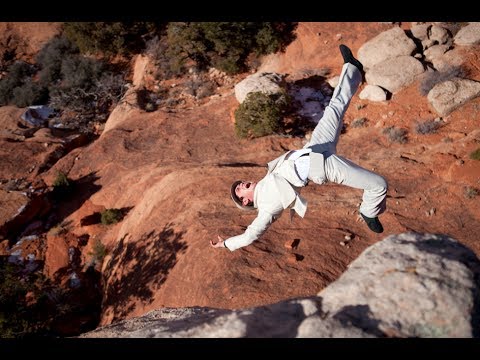 Although spilled blood in Syria is excruciatingly painful to watch on YouTube, the real blood of Syria’s civil war are the sovereign funds reserves Assad is spilling to fight his own people. This fund leak is our only hope able to bankrupt Assad’s war against Syria. Now that we know the international community would rather watch Syrians die than come to their aid. Does March 2013 represent the Assad cliff?

The latest economic statistics on Syrian reserves, provided by the Institute of International Finance Inc. (IIF), estimates them to hover between $2 and $4 billion. In March of 2011, those reserves topped $20 Billion. With a burn rate of $8 to $9 billion a year and a mass land loss of 40% to 50%, Assad may last just another 3 months if no one comes to his aid.

March 2013 may be our worst case scenario to force Assad out if he continues to sustain the fighting and no one comes to his aid financially.

Meanwhile, this little story in Huff, showing OFAC coming down hard on funds raised for Syria for which the US has no control over says a lot about the US goals of draining Assad from funds they can help him or the Islamic extremists.

There are only a handful of countries willing to help Assad sustain his war; however, given the tenacity and continued successes of Syrians fighting the regime, no country, one would have to presume, would be willing to burn money on a lost cause. Nonetheless, let’s take a closer look. Will March 2013 turn into the Assad cliff for his fall?

In October of 2012, Jay Solomon writes for the WSJ:

Iran’s oil-rich economy, already forecast to contract this year, is likely to suffer further in the future as a result of the steep plunge in the value of its currency, the rial, over the past month, according to the International Monetary Fund and economic experts.

In its semiannual report on global economic conditions, the IMF said the Iranian economy will contract by 0.9% in 2012, after growing 2% last year. It estimated inflation will rise to 25% this year from 21.5% last year, and that its current-account surplus will fall to 3.4% this year from 12.5% a year earlier.”

Even if Iran chooses to continue to fund Assad, any investor would want to see a projected ROI, and after so many “We will defeat the terrorists” statements emanating from Assad over the last 22 months, crying wolf does not provide Iran with any assurances or promises Assad makes. More than that, the Mullahs have to explain to their people why billions are being wasted on lost causes when the domestic economy is in shambles. This may be the reason why the Iranian regime is also vetting the Syrian opposition in the hope it can maintain the thinnest of threads after Assad.

We don’t discount Iran lending Assad billions to continue his war past his cliff; but we also see this issue to create a vicious infighting between the Khamenei supporters and his foes. A calculation we are certain those in power are making due to its potential degrading of their powers. Does March 2013 represent the Assad cliff?

Russia Is In Trouble

In July of 2012, the IMF issued these statistics with regard to Russia:

This downward forecast by the IMF puts the Russian economy at a much higher risk than previously known. Why? Because the debt almost doubled as a ratio of GDP.

These statistics do not exactly place Russia in the same category as Spain or Greece; but it is obvious that Putin, who is also experiencing mounting opposition at home, must tread carefully on Syria, which means throwing good money in the black hole of Syria will amount to complete foolishness. Russia will gain nothing in seeing Syria destroyed and extremism roaming freely. Sooner or later, Putin will come to his senses as the few billions left with Assad disappear. If he does not, Obama will have no choice but to act.

Chavez is bed-ridden in Cuba in a coma. Out of the question for Venezuela, during these uncertain times, to take this plunge.

The Rebels fighting Assad have been attacking the Syrian Government sources of income. Mainly, in the gas oil pipelines and installations. This tactical move increases the pressure on all parties to either agree on a new Assad-less Syrian Government or to continue playing this dangerous Bridge game everyone knows the strong suit cards have already been played (Russia with its Veto of the UN and Iran with fighting the Syrian people side-by-side with Assad).

Let Us Do Our Job
The Brainless, the Brainy, and the Braves
Assad is Injecting Fake Syrian Opposition in Geneva
Opinions 794 Syrian Revolution 1348