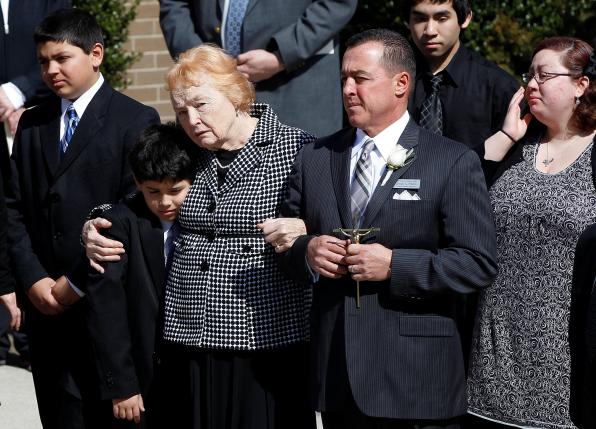 July 10, 2016 9:37 am 0
Living with the mental scars of torture
Watch the Alawite Genocide in Syria
Will Assad Ever Stop Gassing His Own People?

The family of American journalist Marie Colvin, who died in Syria in 2012, has filed a wrongful death lawsuit in a U.S. court, accusing the Syrian government of deliberately killing her.

Colvin and French photographer Remi Ochlik were killed in the besieged Syrian city of Homs in 2012 while reporting on the Syrian conflict, now in its sixth year.

The lawsuit, filed in Washington on Saturday and seen by Reuters, said Syrian officials deliberately targeted rockets against a makeshift broadcast studio where Colvin and other reporters were living and working.

The suit alleged the attack was part of a plan orchestrated at the highest levels of the Syrian government (i.e. Assad) to silence local and international media “as part of its effort to crush political opposition”.

The lawsuit included as evidence a copy of an August 2011 fax which it alleges was sent from Syria’s National Security Bureau instructing security bodies to launch military and intelligence campaigns against “those who tarnish the image of Syria in foreign media and international organisations”.

“We are seeking truth and justice not just for her, but for thousands of innocent Syrians tortured or killed under the Assad dictatorship,” she said in a statement released by U.S. human rights group the Center for Justice and Accountability (CJA) which filed the case for the Colvin family.

Advocacy group Reporters Without Borders said it supported the lawsuit.

The group’s secretary-general, Christophe Deloire, said Reporters Without Borders “hopes these efforts will help to expose the truth, namely that these journalists were deliberately targeted and killed because they were providing information about the Syrian army’s crimes against civilians.”

A murder and attempted murder investigation was launched in France in 2012 into the death of Ochlik and wounding of another journalist, Edith Bouvier, in the same attack.

Reporters Without Borders, as an interested party in the case, said it will submit the Colvin family’s U.S. lawsuit to the judge in charge of the French investigation on Monday.

Colvin and Ochlik were both prize-winning reporters of wars in the Middle East, Asia and elsewhere. The Britain-based Colvin, who lost an eye while working in Sri Lanka in 2001, was working for the Sunday Times at the time of her death.

The Syrian Foreign Ministry, to whom the lawsuit was addressed, could not immediately be reached for comment.