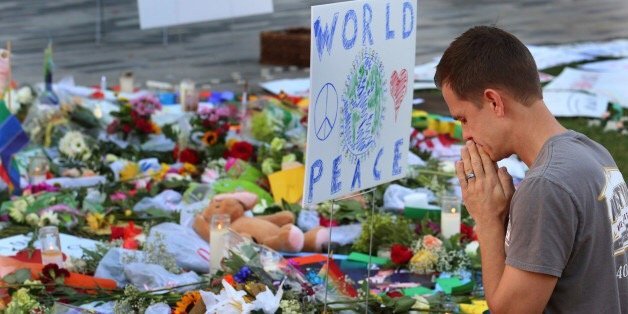 Assad of Syria is behind the Orlando Massacre

The latest act of terror perpetrated by ISIS has its roots planted, nurtured, and bolstered by the Assad regime. Senator John McCain (R-AZ) recently quipped, “Assad is the father of ISIS”. Assad of Syria is behind the Orlando massacre and most Americans don’t know half the story.

Two months earlier, an investigation by NEWSWEEK resulted in an article whose title was, “How Syria’s Assad helped forge ISIS“.

Furthermore, an investigation by The Telegraph of London discovered that Assad was bolstering ISIS by buying oil from the terror organization to insure its continuity and staying power.

Even progressives have detailed the story of how Assad formed ISIS to force the world to make a choice between his terrorist regime and that of the Islamists ISIS. President Barack Obama has no one to blame but himself for not taking the necessary action against the Assad regime, which may have stopped the Orlando massacre.

We, Americans, tend to look for the first “who dunit” but fail often to look for the real culprit playing the fatal proxy role. In 2004 through 2007, Assad trained and armed al-Qaeda terrorists to kill U.S. soldiers in Iraq, and now his actions are dispatching Islamist terrorists to kill our children here at home. This is why the Iran deal was bad. Without it, Barack Obama would have taken action against those who harm us the most in Khamenei, Assad, and their deranged infant Hezbollah.

Americans complained about the war in Iraq because it caused so many to die. But Americans, again, failed to understand that Iran and Syria were behind the Iraq acts of terror against our own. Today, we are failing again to understand that if our soldiers do no eradicate the terror of Khamenei and Assad, we will be burying our innocent sons and daughters for a long time in this country. Do you think the chanting of “Death to America” is hollow?

To fight terrorists, we have to choose between sending our highly trained and volunteered army to eradicate them and put an end to the incubators of terror in the Assad and the Khamenei regimes, or wait here at home until Syrian and Iranian proxy terror strikes our innocent civilians.

In the meanwhile, Israel, which has quietly done so much to fight terrorism in the region is demonized, and even ridiculed, by the Obama administration. Many in this 20’s something White House still do not understand how important it is to support our allies Saudi Arabia and Israel whose dedication to confront the terror of the Mullahs in Iran is a blessing to all of us. Obama chose, instead, to empower the very same people who forge and nurture terror against America. Orlando is the result.

As long as the Assad and the Khamenei pulse of terror is beating, we should all get used to the notion that another Orlando is just around the corner. Obama’s foreign policy is a disaster. We are all paying the price today with the blood of our innocent children.

Assad is the father of ISIS; without his terror, the Orlando massacre would have never happened.

Assad of Syria is behind the Orlando Massacre