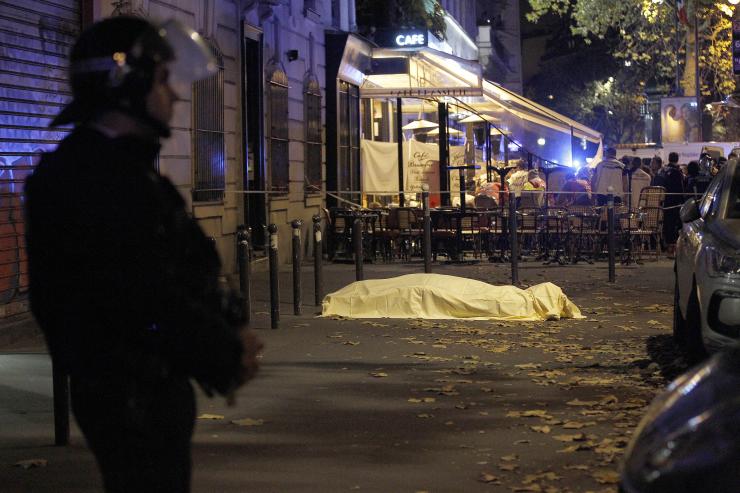 Is Assad Behind Paris Attacks to Seal His Fate?

Because Assad forged ISIS in Syria, and still controls many leaders within the terror group, do not be surprised with the title of this article “Is Assad behind Paris attacks to seal his fate?” This regime is capable of everything and anything.

To deflect from this theory that the West has an absolute obligation to pursue, Assad blamed France’s policies in Syria for the terror attacks. Assad may be operating under the assumption that if real intelligence delivers his involvement, he needs to step in front of the problem by laying blame somewhere outside his regime.

This is the perfect crime for Assad, which is why we should consider the question “Is Assad behind Paris Attacks to seal his fate?”

Arutz Sheva, an Israel website, published a report about Alawite Shabiha sightings in Europe. These Assad agents could well have planned these Paris terror acts. What dumb terrorist would carry his passport to an act of terror?

In deflecting from the possibility of his involvement, Assad told a French delegation of lawmakers visiting Damascus (What a coincidence), that France is to blame for “mistaken policies… [which] had contributed to the spread of terrorism.”

“The terrorist attacks that targeted the French capital Paris cannot be separated from what happened in the Lebanese capital Beirut lately and from what has been happening in Syria for the past five years and in other areas.”

In other words, look for the ISIS Sunni extremists I had a role in forging, I bolstered by buying oil from, and I kept safe to deceive the West into believing only ISIS may be behind these acts of terror.

Fools are the Western leaders who would not dig deep into these terror attacks to weave the full picture behind their masterminds. Even bigger fools are those who think this is definitely the sole work of ISIS terrorists in Syria without the possibility that Assad could have been the one pulling the strings behind the Paris terror attacks.

Is Assad Behind Paris Attacks to Seal His Fate?