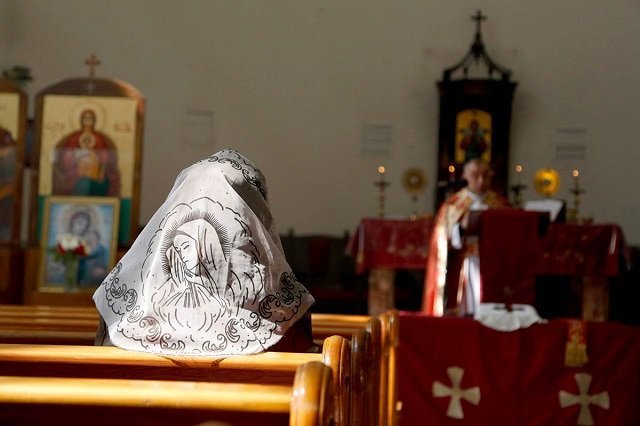 August 20, 2015 9:40 pm 0
Trash Obama Worthless Words on Syria
The Brainless, the Brainy, and the Braves
Russia Continues to Strike the Moderate Opposition, Not ISIS

ISIS fanatics have demolished a monastery in the central Syrian province of Homs in a strategically located town the jihadist group wrested from government control earlier this month.

The ISIS fanatics also transferred several dozen Christians, captured during its offensive, to a location near its stronghold in northeastern Syria in the town of Raqqa.

Militants used bulldozers to raze the monastery in the town of Qaryatain (Two villages in Arabic), which they had captured in early August. Government warplanes were still pounding the area with air strikes two weeks after Islamic State took the town.

Qaryatain is near a road linking the ancient Roman city of Palmyra to the Qalamoun mountains, along the border with Lebanon.

The ISIS fanatics have been gaining ground in the desert areas east and south of Homs after they took over Palmyra last May.

The Syrian army has launched a large-scale counteroffensive to recapture the city, which lies in a region where some of Syria’s largest gas fields are located, but so far it has made no significant advances.

The ISIS fanatics captured 230 people including dozens of Christian families after taking Qaryatain.

Of those captured, 48 had been released and 110 were transferred to Raqqa province, whose capital city Raqqa is the militants’ Syria stronghold.

The Christians would be given the choice of conversion to Islam or paying “jizya”, a tax on non-Muslims. If they won’t, the ISIS fanatics would kill them without hesitation. The fate of the remaining 70 people captured after the seizure of Qaryatain was unclear.

Among them were 45 women and 19 children, including 11 families, some of whom were on the ISIS fanatics’ wanted list.

The ISIS fanatics have killed members of religious minorities and Sunni Muslims who do not swear allegiance to its self-declared “caliphate”. They also consider Christians and all minorities as infidels.