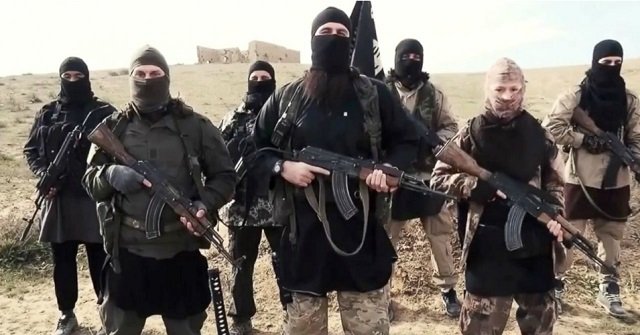 It Was Never About ISIS Only

March 7, 2016 6:30 am 0
Why ISIS Keeps Recruiting More Jihadists?
ISIS Trades in Flesh Too, Flesh of the Innocent
One Down, Few Thousands To Go

Consider this fact: Every country fighting in Syria considers ISIS its enemy. Every single one. Then why can they not agree on finding a way to agree? Because it was never about ISIS only.

For Barack Obama, the goal has become only clearer and clearer recently. He wants ISIS defeated, but, even more, he wants Iran to have free hand in Syria in order to threaten Israel. Iran is his number one priority, which is why he has ignored the atrocities of the Assad regime. Obama also wants NATO to break apart, which is why he has refused to establish a no-fly zone in Syria thus helping Putin accomplish this goal for him.

For Vladimir Putin, he also wants ISIS defeated, but only after he secures Assad by defeating his moderate and Islamist opponents, and by using the Syrian refugees he is causing as a weapon against Europe to vote more extremist far right political parties he is secretly funding he then could control. Furthermore, Syria, for the Cold War spy, is the door to reverse Soviet defeatism during the Reagan era he wants to erase from history.

For Saudi Arabia, ISIS represents a clear and present danger it wants to strike down, but it considers Iranian control of Syria as more threatening to its very own existence in the long-term. For the kingdom, Assad embodies Iranian hegemony and control. It wants a moderate Sunni leader, like the late Rafic Hariri, running Syria’s affairs.

For Iran, ISIS represents a definite danger, but keeping Assad in play is more important as he secures an Iranian foothold in an Arab country the Mullahs can use to launch other campaigns against Sunni Arabs. It also permits the Mullahs to have direct access to Israeli borders it intends to use to rain its missiles on the Jewish State.

For Israel, ISIS is a clear danger it wants defeated, but as important for Israel is to insure Iranian meddling and arming of Hezbollah is counter-balanced by intermittent IAF air strikes to limit Iranian damage. Israel also wants to secure the Syrian minorities, to include the Kurds, which is why it agrees with the Russian campaign in Syria.

For Turkey, it also wants ISIS defeated but not before the terror group tires Kurdish resolve and separatist inclinations. Turkey also wants to see a Muslim Brotherhood rule Syria, which, with the exception of Qatar, is a no starter for every country in the region whether they are directly involved or not in the Syrian civil war. Turkey wants the war to stop to relieve the country from the burden of so many Syrian refugees; however, the EU is willing to fund their refugee camps in return for Turkey to stem the flow to Europe as a counter-measure to Putin’s goal.

Iraq does what Iran tells it to do.

Every country wants ISIS defeated, but because of enmities among all the active players in Syria, ISIS has become an excuse or a secondary goal.

If it were about ISIS only, the Syrian was would have long been halted and the innocent Syrian civilians who were killed would be alive today.

It Was Never About ISIS Only