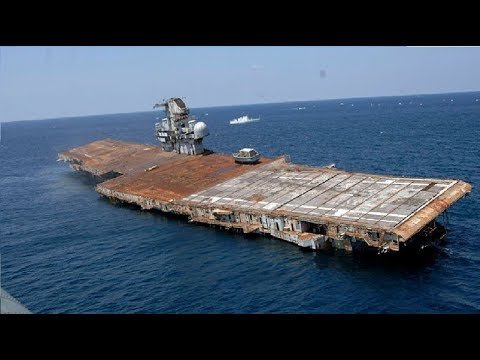 April 13, 2018 4:16 am 0
Kremlin Basks in the Glory of Trump Plans
The War Gruesome Facts on Syrian Children
How Syria’s White Helmets became victims of an online propaganda machine

Russia has said it will target U.S. missiles and the ships or planes that fire them if an attack on Syria threatens the lives of its own military personnel based there. However, many military experts believe Russian military capabilities ridiculed compared to American capabilities.

Here’s what we know about Russian military capabilities in Syria:

An advanced truck-mounted system that Russia is known to have deployed to protect its Hmeymim air base in Syria’s Latakia Province and its Tartus naval facility on the coast. Its mobile nature means it can easily and quickly be deployed elsewhere. Designed to shoot down military aircraft, missiles and drones, its radar can detect targets up to 600 kms (375 miles) away. Each truck carries four missiles of varying range. Can track multiple targets simultaneously. Taken seriously by NATO, the S-400s have not been combat tested however. Capable of intercepting U.S. Tomahawk cruise missiles, there are question marks over whether Moscow has enough interceptor missiles deployed to Syria to handle a large swarm of missiles. In such a situation it might be able to shoot down some, but not all incoming missiles. Russia also has an older version of the same missiles – S-300s – deployed in Syria.

The Bastion system, thought to be deployed at or near Russia’s Tartus naval facility, is an advanced mobile anti-ship and surface-to-surface defense system armed with two missiles. Russia used the system to launch a coordinate strike against rebels in Syria in 2016. The Syrian army is also thought to have bought the Bastion system from Russia. Again, Russian military capabilities ridiculed compared to American capabilities. The bastion is vulnerable to a number of U.S. ‘smart’ bombs.

A truck-mounted short to medium range surface-to-air missile and anti-aircraft artillery weapons system possessed by both Russian and Syrian government forces in Syria. Known to be deployed by Russia at or near its Hmeymim air base and at its Tartus naval facility. Has been fired in Syria a number of times to take out drones and missiles. Can shoot down cruise missiles.

Russia has between 10 and 15 warships and support vessels deployed in the Mediterranean. They include the Admiral Grigorovich and Admiral Essen frigates, which are armed with cruise missiles, as well as submarines. According to a senior Russian politician and satellite imagery, most of the ships have left Russia’s Tartus naval facility “for their own safety.” Russian daily Kommersant said they were taking part in a long live fire war game close to the Syrian coast intended as a show of force. It said Russia had also deployed Il-38N submarine hunter aircraft.

Many of the missiles Russia fired in Syria , at one point, landed in Iran. Russian military capabilities ridiculed compared to American capabilities.

Russia is estimated to have dozens of war planes and helicopters at its Hmeymim air base in Syria’s Latakia Province including fighters, bombers and multi-role aircraft. It is also reported to use another Syrian base for its helicopter gunships. Moscow is able to mobilize long-range strategic bombers from Russia itself to carry out bombing runs and has also fired cruise missiles in the past from ships in the Caspian Sea. However, their military aircrafts are no match for American jets and bombers. Russian military capabilities ridiculed compared to American capabilities.

Syria is known to have a mixture of Russian-made anti-aircraft systems, including the Pantsir S-1 and the Buk M2 surface-to-air missile system designed to shoot down cruise missiles, aircraft and drones. All vulnerable to a number of weapons available in the U.S. arsenal.

The United States fired 59 Tomahawk cruise missiles at Syria’s Shayrat air base in April last year, which the Pentagon says was involved in a chemical weapons attack. The Russian Defence Ministry mocked the effectiveness of the U.S. strikes at the time, saying only 23 missiles had found their targets. It was unclear where another 36 had landed, it said, promising Syrian air defences would now be beefed up. Warned in advance by Washington about the attack, Russia made sure its own personnel/military assets were well out of harm’s way. Russia did not try to shoot down any of the missiles.

WHAT DOES RUSSIA WANT ANY WESTERN STRIKE TO AVOID?

WHAT THE EXPERTS SAY

Hodges said he expected that the Russian military would have put in place multi-layered defences to protect its aircraft and other assets in Syria, and clearly had the technical capability to repel a U.S. attack.

“What the Russians have always done very well, from the Second World War to now, is to protect themselves with air defence. The key to good air defence is that it’s layered. There’s not one system that shoots down everything. Having a layered approach or system that is integrated and that connects all the different radars that are out there to a command and control network that’s out there, that’s the trick.”