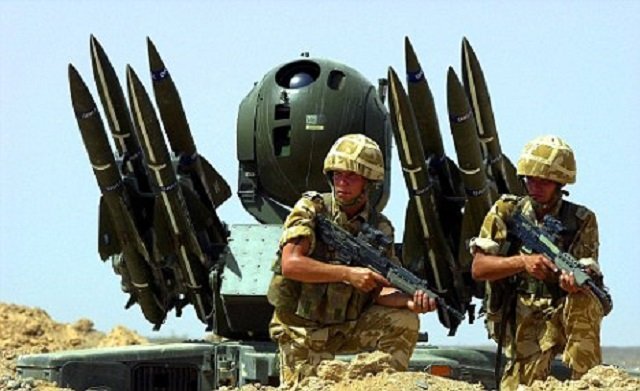 Has the Pentagon Delivered Advanced Weapons to Syria?

October 8, 2015 4:04 pm 0
IED’s in Syria
Message to the CIA: When the Attack Dog is at Your Throat, Don’t Fiddle with his Cage Key
Did Obama Order Benghazi Stand Down?

Has the Pentagon delivered advanced weapons to Syria? Weapons that could down Russian fighter jets and bombers?

Russia began bombing in Syria last week, radically changing the course of the four-and-a-half-year conflict and providing a massive boost to the regime of President Bashar Assad.

But the military campaign “will have consequences for Russia itself, which is rightly fearful of attacks,” Carter said.

“In the coming days, the Russians will begin to suffer from casualties.”

In a major development, Russia fired cruise missiles from the Caspian Sea on Wednesday as cover for a Syrian army ground offensive.

Carter said Moscow has been reckless in its military commitment, risking clashes with U.S. and other planes targeting Islamic State (IS) jihadists in Syria as part of a 60-plus member coalition.

“They have shot cruise missiles from a ship in the Caspian Sea without warning; they have come within just a few miles (kilometers) of one of our unmanned aerial vehicles,” Carter said.

NATO diplomatic sources said Moscow gave no advance warning of the cruise missile strikes, which came as a complete surprise.

A Syrian general said the Russian intervention had weakened IS and other opponents of Assad, but Washington insists the vast majority of Moscow’s strikes have targeted Western-backed moderate opposition groups.

“There’s a pattern of saying one thing and doing another” by the Russians, Carter said.

“They said they were going to fight (Islamic State) but that doesn’t match up with the targets.”

Has the Pentagon delivered advanced weapons to Syria? Or this is another teaser Obama moment to make himself look relevant on the world stage without making any commitments to defend America’s interests?

Russia has justified its intervention in Syria as part of global efforts to fight “terrorists” and also to target Russian jihadists who may one day attack their own country.

“We will assess the latest developments and their implications for the security of the alliance,” Stoltenberg said.

Has the Pentagon Delivered Advanced Weapons to Syria?

Obama Will Not Lift a Finger if Assad Gasses Syrians
Message to the CIA: When the Attack Dog is at Your Throat, Don’t Fiddle with his Cage Key
Barack Obama’s Pentagon Has Turned Into a Disneyland
Syria News 1213 Syrian Revolution 1335