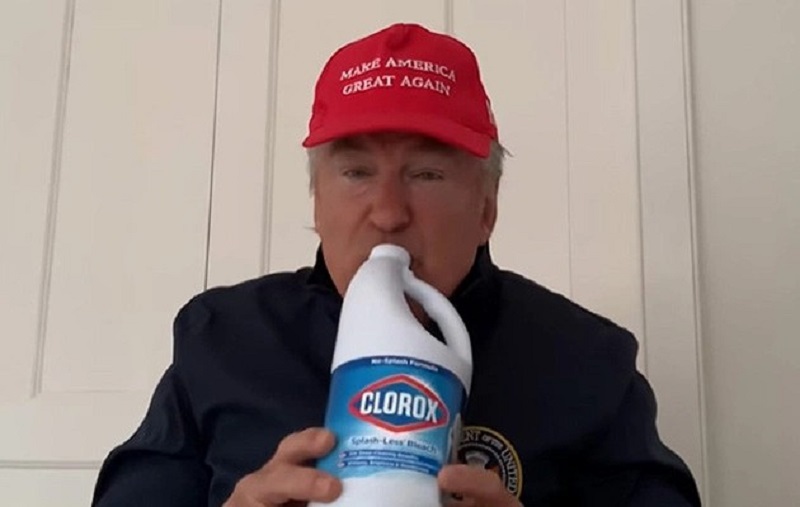 June 14, 2020 7:51 pm 0
Why Latinos Really Voted for Donald Trump
What is Mohammad Zarif Doing in Lebanon?
Russia is Interfering in the 2020 Election Campaign

The strangest thing is happening in Russia. While reporting about 25% of U.S. infections, Russia is boasting only a 6% death rate as compared to the U.S. Armed with that information, Falafel investigates COVID-19 deaths in Russia.

Falafel flew to Moscow on the superior Syrian Air, the pride and joy of the Baschar and Asma al-Assad.

After arriving, Falafel took a Taxi straight to the Ministry of Health where Minister Mikhail Murashko was waiting for him.

Falafel: Thank you Minister Murashko for your time.

Murashko: Do you hunt Mr. Falafel?

Murashko: Fellow Ministers of the Russian Federation are going bear hunting this weekend. It’s a tradition our great leader Vladimir Putin believes keeps us sharp. Care to join us?

Falafel (feeling a trap): I have to do my laundry this weekend.

Murashko looked puzzled. Western jokes are like Teflon to the Russians. They never stick to their brains.

Murashko: What can I do for you Mr. Falafel?

Falafel: Statistics show that Russia may be under reporting its COVID-19 deaths by about 30,000. What do you say to that?

Murashko: I say, we here in Russia have superior medical facilities with superior doctors and superior medical research that does not exist in the United States. We may have also found a cure. Did that occur to you?

Falafel: Well, that’s good news. If true, care to share it with the world?

Murashko: We already did.

Falafel: You did? When? Am I missing something here?

Murashko: We told President Trump about our cure. When he reported it, the media mocked him.

Falafel: What are you talking about? I don’t recall the President dedicating a press session or a tweet to an effective medical breakthrough.

Falafel: That was you? You told the President so he can tell Americans to inject themselves with Clorox?

Murashko: It worked here and there is no reason why it should not work over there.

Falafel: So, you are saying this is the reason Russians are dying far less than in the U.S.?

Falafel: Thank you for your time Mr. Minister. I will make sure to point this out in my article.

TWO BIRDS IN ONE STONE

When Minister Murashko granted Falafel the interview, he had two goals in mind. First to cause more Americans to die by injecting themselves with Clorox, and to rub the Russian interference wound with salt and proof it still continues at the highest levels. Mostly, by influencing Donald Trump to make outrageous claims because the Russians told him to say so.

At this point, it would not surprise Falafel if the Russian death rate from COVID-19 were three times that of the United States.

What surprised Falafel the most was the attitude of President Trump who seems willing to do anything to win an election. Even if he had to kill people who injected themselves with Clorox, or to encourage Americans not to wear any protective masks. Not to say anything about sending the National Guard against peaceful protesters, after which he called them “terrorists” in the hope some of his White Supremacist friends might take matters in their own hands.

In brief, President Trump wants to see Americans die at home. Through Clorox, not wearing masks, and encouraging violence.

Folks, November 3 could not come any sooner.