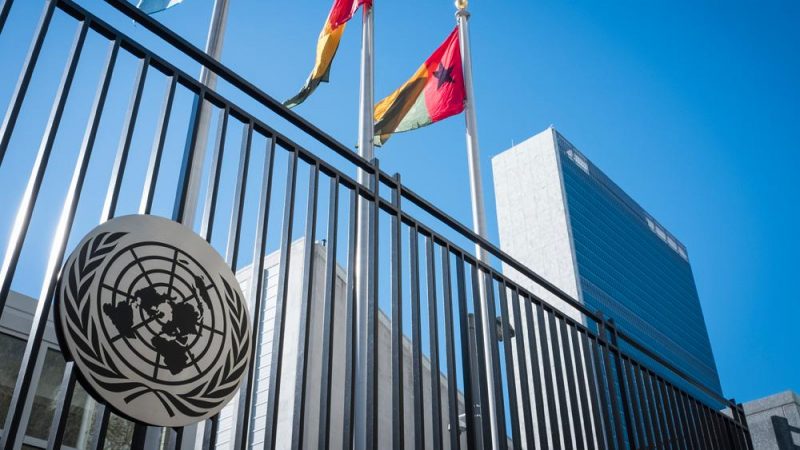 November 2, 2017 11:09 am 0
What Dirt Does Russia Have on You?
Putin Visits Saudi Arabia As Sign of More Influence
Putin Has Ordered an April Vote Despite Threat of Coronavirus

The latest Russian diplomatic initiative has been announced with Putin wiping out Assad chemical crimes through the United Nations.

A senior Russian diplomat says Russia would welcome the extension of the U.N.-sponsored investigations into chemical weapons use in Syria, but considers it necessary to amend the ground rules for them.

The report said experts are “confident” that the Syrian government was behind the sarin attack in the Syrian town of Khan Sheikhoun in April that drew international outrage.

Ulyanov argued Thursday the report was unsubstantiated and ignored evidence suggesting that sarin could have been used by the rebels. He said Russia, which last month vetoed a proposal to extend the JIM’s work, will submit its own motion for extending it and making it more objective.

In its attempts to re-write the rules to erase Assad chemical crimes, Putin is also expunging himself from the crimes he committed in the Ukraine and Russia itself. Politico published an article in January of 2017 detailing some of Putin’s war crimes.

Russia’s criminal behavior in Syria is just the latest in a long string of crimes perpetrated by Russian President Vladimir Putin.

U.S. President-elect Donald Trump’s incoming administration may be unwilling to admit it, but Putin is a war criminal. The U.S. government may need to negotiate with him, but it should remember that he is a butcher.

Russia’s leader has a long record of inhumanity. He was an agent of the Soviet secret police, a criminal institution with a record that goes back to mass killings perpetrated by the henchmen of Soviet dictators Vladimir Lenin and Joseph Stalin. Putin knew the KGB’s record when he joined it in 1975, at the height of its crackdown on the Soviet dissident movement and just seven years after the country’s armed forces crushed the Prague Spring in Czechoslovakia.

When Putin came to power in 1999, he almost certainly approved, and perhaps even orchestrated, the bombings of two apartment buildings in Moscow, in which hundreds of innocent Russians lost their lives. As Amy Knight, a specialist on the KGB, argues, the evidence makes it “abundantly clear” that the Russian security service, the FSB (which succeeded the KGB), was “responsible for carrying out the attacks.” Concludes Knight: It is “inconceivable” that the bombings would have been done “without the sanction of Putin,” who exploited the panic they created to crack down on the Chechens and present himself as an indispensable leader.

It is unfortunate that president Donald Trump thinks so highly of Vladimir Putin. It is almost certain, president Trump knows all he needs to know about Putin through his agents of influence in the U.S.