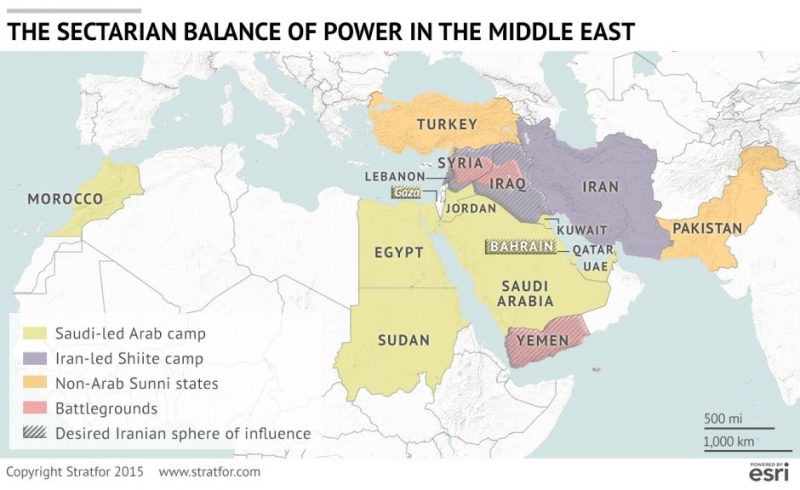 Prior to the Iraq War, Iran was a contained nation of kidnappers and terrorists. After 15 years of indirect American assistance, Iran, today, is a global terror threat. It is the largest destabilizer in the region. A misguided America helped defeat Iran‘s enemies, which opened the door to their terror.

We entered Iraq to contain terror, and inadvertently unleashed a far more sinister one. As bad as Saddam Hussein was, his appetite to invade countries was curbed after we kicked him out of Kuwait. Saddam, post-Kuwait, was a caged lion that kept his paws on the Iranian Mullahs. The intentions to free Iraq from his dictatorship had backfired on us because we dismantled our own Maginot Line for Islamic Iran to spread terror beyond its borders. Furthermore, we retreated, instead of attacking the Mullahs directly, when Iran, through proxies, terrorized our troops in Iraq.

We duplicated the deed in Syria when we entered to contain the ISIS terrorists. Terrorists that were fostered by Barack Obama‘s lack of action to contain Assad terror in Syria. Instead we helped Iran establish its anchors in Syria by fighting its battles (i.e. defeat of ISIS). Does anyone see the irony in how we assisted Iran by defeating its enemies? In both Iraq and Syria, we defeated the Ayatollahs‘ predators. It was a misguided America that unleashed Iran in the region.

It is a fact that Assad, and later Putin, helped forge ISIS to show the West what his alternative looked like. The organization became so successful in recruiting fighters it got out of Assad’s control. Instead of encouraging ISIS to fight Iran in Syria, we fought them on their behalf.

Some may claim the Iranian would have found a way to unite with ISIS to confront our Arab allies and Israel had we not stepped up. The truth is Shia Islam has no political stock when it comes to Sunni fundamentalism. Unlike the more pragmatic Muslim Brotherhood, ISIS would battle the Iranians Shia to their last man standing. Defeating ISIS in Syria helped Iran. Otherwise, we would be witnessing a raging battle today between the extremist Shia of Iran fighting the extremist Sunnis of Syria and Iraq. Instead, Iran is all comfy and threatening to spread more terror against our allies.

After Saddam, Iran threatened Iraq and eventually controlled it once Barack Obama ordered U.S. troops home. Our troops filled an important vacuum Iran was happy to occupy immediately. Not only we destroyed the last line of defense against the Islamic regime, but we also helped the terrorists in Iran by handing over Iraq on a silver platter. Misguided America helped defeat Iran’s enemies.

Today, the Mullahs threaten Saudi Arabia, Jordan, and Israel. To defeat Iran today, it would take a committed strong army and years of planning and fighting. Where have our strategist thinkers been? Were they not tasked with stopping the spread of Iranian terror? This is a championship chess game we are playing, not some Sunday afternoon game of Dominoes. Misguided America helped defeat Iran’s enemies.

Iran is playing America like a fiddle. Our policies and decision-making process are faulty because each President seems to have a different agenda. Our leaders lack courage, consistency, and a vision for a more stable Middle East not subject to the whim of alternative terrorists taking turn at destabilizing the most volatile region in the world.