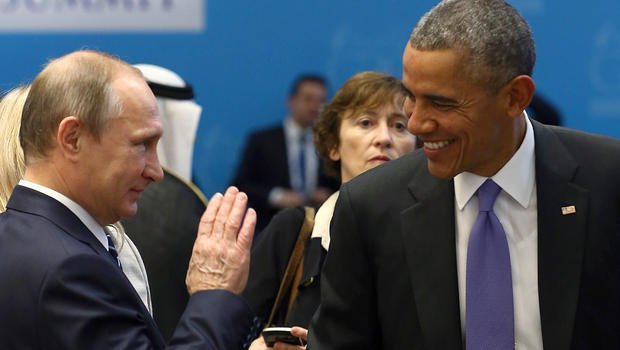 The Day Russia Became a Superpower

April 27, 2018 6:17 am 0
Message to the Alawites of Syria
An Open Letter to Assad Supporters
Why So Much Hysteria About the Kurds?

Over the last several years, the world has watched Russia, under Vladimir Putin, become bolder, more audacious in its approach to foreign policy, and more challenging to United States dominance on the world stage. What was the single event that launched Russia we see today? Call it the day Russia became a superpower.

History could argue for the poisoning of Alexander Litvinenko, an outspoken critic of Putin. He was murdered in 2006 after drinking tea laced with polonium. Britain’s lack of response against Russian interests may have contributed to the new Russian superpower status rising, but Putin feared U.S. reaction to his acts, not Britain. The story grabbed the headlines around the world at the time.

The truth is that the single most important event that launched Russian terror across the globe was how the United states responded to the invasion of Ukraine in late 2014. To this day, the majority of Americans remain uninformed about a single act the ex-President of the United States, Barack Obama, carried out upon learning that Putin armies have crossed the borders, uninvited, of a neighboring independent country.

After the invasion, the Ukrainian Government in Kiev begged the White House for weapons to defend itself. Weapons that it was willing to pay for. Many in Congress weighed-in to pressure Barack Obama to act. Politico, at the time, wrote:

The Obama administration is at war with itself over the question of arming Ukraine, with Defense Secretary Ashton Carter and key military leaders suggesting they would support a change of course. The Obama administration tried to up the ante on Wednesday by promising non-lethal military aid to Ukraine, but it did little to satisfy the rising congressional demands to send weapons and other heavy military equipment. Both Carter and Joint Chiefs of Staff Chairman Gen. Martin Dempsey have broken with the president and could support arms to Ukraine.

Even with all that pressure from within his own administration, Barack Obama refused to send or sell any weapons to the legitimate Ukrainian Government to defend itself. It was a watershed moment in the history of the United States showing no leadership on the world stage. This, however, was not the day Russia became a superpower.

What triggered that event is the non-lethal aid the president was willing to dispatch. Instead of weapons, Barack Obama sent Meals Ready to Eat, or as the armed forces call MRE’s. The food soldiers consume on the fields of battle. Just imagine the effect this had on Putin. This single historical event of sending MRE’s to a country seeking our help from the Russian machine of terror is, in our opinion, what launched the Russia we see today. Instead of stopping Putin, Barack Obama simply invited him to grow bolder.

This single act inspired Russia to begin interfering in U.S. elections. It emboldened Russia to annex the Crimea. It helped Putin realize that his direct military aid, beginning in September 2015, to the Assad regime in Damascus would go unpunished, and even unnoticed by the man in the White House. It even prompted Putin to distribute macho, bare-chested photos of himself with one single aim: To haunt Barack Obama.

All the Russian terror, hacking of U.S. servers, interference in our 2016 elections, assisting our enemies, more poisoning of Putin’s enemies on foreign soil, and mass murdering of Syrian civilians took place after that single and cowardly act by Barack Obama.

Of course, don’t ask our revered analysts or pundits, in the left-leaning media, to condemn their Barack Obama for making Russia the threat it is today on the world stage.

They will not do it.

The Day Russia Became a Superpower