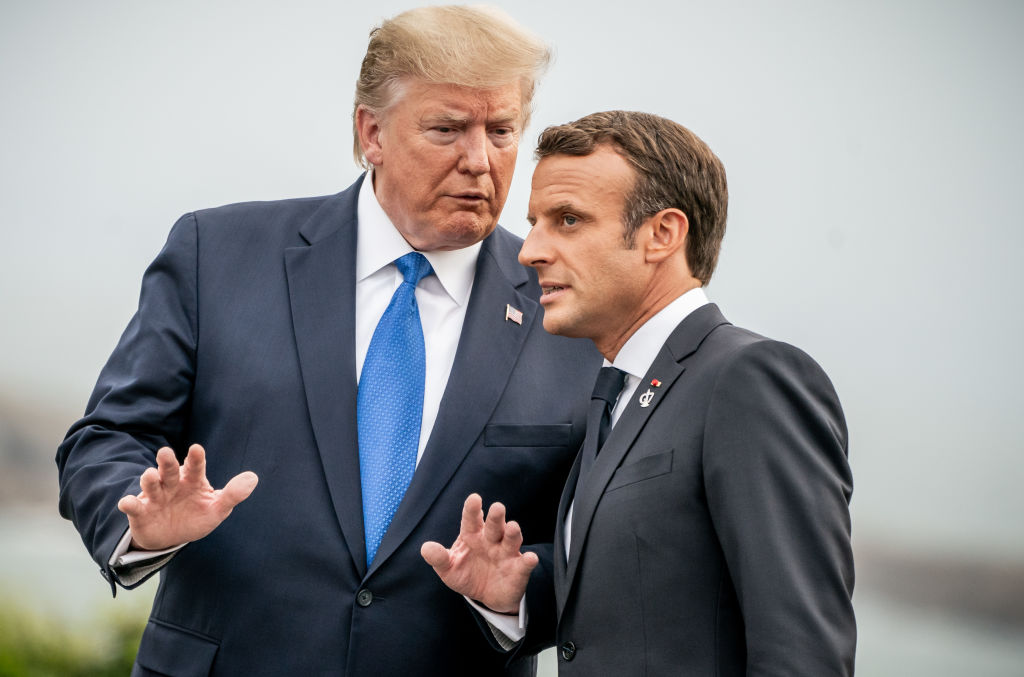 Trump Trips and Falls on Iran. Just Like China

August 28, 2019 7:02 am 0
Israel Continues to Attack Syrian Defenses
As If Syria No Longer Exists, Or Exists for a Sinister Purpose
The New United Banana Republics of America

Iran will not talk to the United States until all sanctions imposed on Tehran are lifted, President Hassan Rouhani said on Tuesday, a day after President Donald Trump said he would meet his Iranian counterpart to try to end a nuclear standoff. Trump trips and falls on Iran. Just Like China.

Tough sanctions without will to go to war cannot prevail when Iran can simply wait out Trump’s term.

On Monday, Trump said he would meet Iran’s president under the right circumstances to end the confrontation. Trump also said talks were under way to see how countries could open credit lines to keep Iran’s economy afloat.

In a speech broadcast live on state TV, Rouhani said:

But first the U.S. should act by lifting all illegal, unjust and unfair sanctions imposed on Iran.

Trump ruled out lifting economic sanctions to compensate for losses suffered by Iran.

TRUMP TRIPS AND FALLS ON IRAN

Iran has dialed Trump’s number. Especially since Donald Trump is utterly incapable of forming an international alliance against Iran because of his foul mouth and unfiltered personality. Everyone who counts in Europe hates his guts.

European parties to the Obama’s deeply flawed Iran Deal have struggled to calm the deepening confrontation between Iran and the United States.

Since ditching the deal last year, Trump has pursued a policy of “maximum pressure” to try to force Iran into broader talks to restrict its ballistic missile program. Also, to end its support for proxy forces around the Middle East. Something Obama intentionally sidestepped when negotiating the Iran Deal.

Iran, which has slowly been breaching the nuclear deal in retaliation for U.S. sanctions, has threatened further violations in early September unless it receives sanctions relief.

The 2015 deal between Iran and six world powers, reached under former U.S. President Barack Obama, aimed to curb Iran’s disputed uranium enrichment program in exchange for the lifting of many international sanctions on Tehran. It did not, however, curb Iranian appetite to invade Arab countries or curb its dangerous missile program aimed at annihilating its enemies in the Middle East. All of which are US allies.

Iran has ruled out talks with Washington over its military capabilities, particularly its ballistic missile program. It denies the missiles are capable of being tipped with nuclear warheads and says its nuclear program is peaceful.

Trump and Rouhani are both due to attend the United Nations General Assembly in September. However, any meeting between Trump and Rouhani would have to be approved by Iran’s utmost authority Khamenei. He has the last say on all state matters.

Tough Sanctions Without Will to Go to War