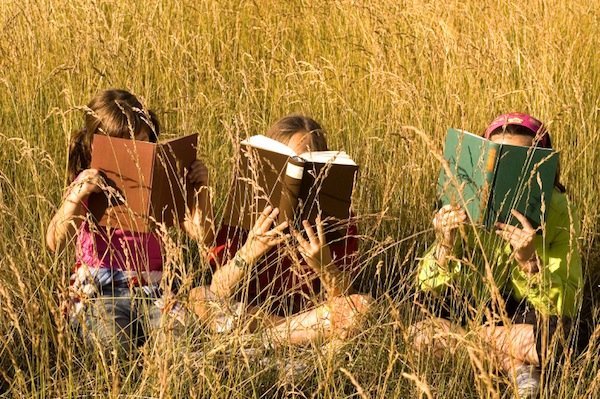 April 23, 2019 7:50 am 0
Irrefutable Proof Trump is Dumb
Trump Feels the Sting of Accountability
Time to Strike the Mullahs in Tehran

Nothing would have stopped our president from forming his own Trump book reading club. Someone told him Oprah Winfrey had hers, so he decided he should have his. With a twist though. If the president could not mentally beat Oprah by renting her a slum apartment, he is going to beat her at her own game.

But Trump needed to make this announcement. Twitter was not enough. So, he called Falafel. Who else?

Trump: I have decided to start the Trump Book Reading Club Falafel. I choose you to tell the world. How do you like that?

Falafel: I am honored Mr. President. What gave you the idea?

Trump: Never mind that. It will be the largest book club in the world. You watch, even illiterate people will be reading what I am going to recommend. Make sure to write that the Trump Book Reading Club will list in 7,000 languages. All the languages and dialects around the globe.

Falafel: It is an excellent idea Mr. President. But there is a small problem.

Falafel: You have to read the books you recommend. How else would your recommendations be sincere and authentic?

Trump: Not to worry Falafel. I only intend to have one book recommended in 7,000 languages.

Falafel (looking bewildered): I don’t understand Mr. President. One book in 7,000 languages? What book is that?

Trump: The book I am about to write myself.

TRUMP TO WRITE A BOOK?

Falafel: But Mr. President, you don’t even read books, how are you going to write one?

Trump: Still thinking about this one.

Falafel: Why one book?

Trump: Haha, you come to the meat of the issue. Excellent question. The other day, I got up at 3am and started thinking what I am going to do more that beats becoming the President of America. Then it hits me.

PRESIDENT OF THE WORLD

Trump: I am so popular Falafel, I could become the President of the World. The whole world. Every country will be mine. Every human being will become a twitter follower. I will build Trump Towers on every main street around the globe.

Trump: So what do you think Falafel? I could start an election for the President of the World and run unopposed. Why should I have to deal with a Democratic opponent in 2020? That Air Force One beast could trot the globe at zero cost to my pocket.

Falafel (recovering slowly): Let me guess. The book in 7,000 languages is about you.

Trump: Bingo! The Trump Book Reading Club is like a worldwide campaign. So, tell me Falafel, what do you think?

Falafel: I think it’s an idea that is larger than life itself. There is one problem though. Do you think Putin and Xi would let you become their president?

Trump (turning pensive): Still working on this little problem Falafel. Do you think if I invite them golfing at Mar-A-Lago, they would go for it? Or, maybe I should ask Michael Cohen for answers.

You heard it here first folks. Trump is running for President of the World using one book in 7,000 languages to reach the billions of people that never learned to like him or love him. Even the illiterate ones.