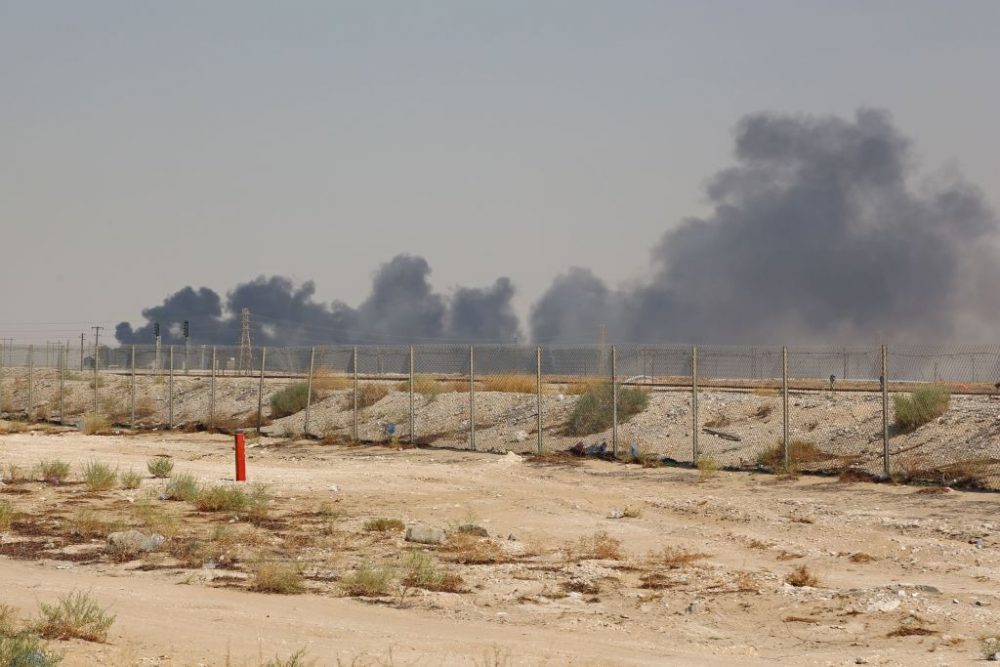 The Iraq War repercussions still echo silently in Washington’s halls of power, and more importantly, in the minds of America’s commanders-in-chief. Will America survive Middle East abandonment and keep its superpower influence intact on the world stage?

Architects of the Iraq War planned for US supremacy in the region as a one war process. But Iranian interference and terror turned our plans upside down. To win in Iraq meant also we must win a bigger war against Iran, which did not sit well with Secretary of State Condoleezza Rice. She convinced President Bush to extricate America from Iraq with the least damage possible. What followed was an Iranian Middle East feast of sort President Obama turned into a feast of gargantuan proportions.

Obama’s Iran Deal had two purposes. To permanently sideline America in the region by handing it over to Iran, and to secretly unleash Iranian terror against the State of Israel. he succeeded in both. Tehran, today, occupies Beirut, Baghdad, Damascus, and Sana’a. The Mullahs are also threatening Israel with annihilation through active deeds and endless threats.

Eight years of Barack Obama watching Syrian women and children perish at the hands of a monster almost sealed America’s abandonment of the region. Until Donald Trump sprang to the scene towing praise for America’s other arch-enemy Russia.

Donald Trump non interventionist style is as dangerous as that of Mr. Obama. His bravado showing on Twitter in the form of “Loaded and Locked” is as hollow as his encephalon.

To think that he could fool Russia or Iran with his empty threats demonstrate one of two things: Either he is too dumb to realize how pointless are the cacophony of his own words, or he is pounding his chest to ritualize his followers’ macho inclinations.

Trump is an “Unloaded and Unlocked” president. Period. He is an Iraq moonlighter veteran of sort. The kind that lived its ugly ending with every beat of his heart. The man will not fire a bullet against Iran or Russia no matter the outcome.

ADD SALT TO THE WOUNDS

Apparently, the Patriot missiles Saudi Arabia installed to protect its heavy oil industry could not stop the Iranian missiles. It is probable Iran has figured a way for its missiles to go undetected; just as Israel has with regard to Russia’s S-300 system protecting Syria.

Vladimir Putin did not miss the opportunity to propose its own missile defense systems for Saudi Arabia. In lieu of the Patriot system that failed the Saudis. Incidentally, the same Patriot system also failed to intercept a ballistic missile aimed at Riyadh airport back in 2017.

Not only two successive US Presidents are abandoning the Middle East to Russia and Iran, but our enemies have also pierced our layers of protection. What is left that can protect, in the form of our regional military assets, is off limit to use. We might as well pack these military bases and go home.

Will America survive Middle East abandonment, or will we regret, one day, abandoning our friends and allies to the two roaming wolves in Iran and Russia? “Loaded and Locked” was a joke the Iranians are taking seriously as they plan another foray and another Arab capital to occupy.

Not only our defense systems cannot protect properly, but Trump is unwilling to go to war for any country in the region. America no longer matters in the Middle East, and our leverage is almost non-existent.

Just watch as many Arab countries visit Moscow to acquire Putin’s defense missile systems. As well as hope they get on his A list.