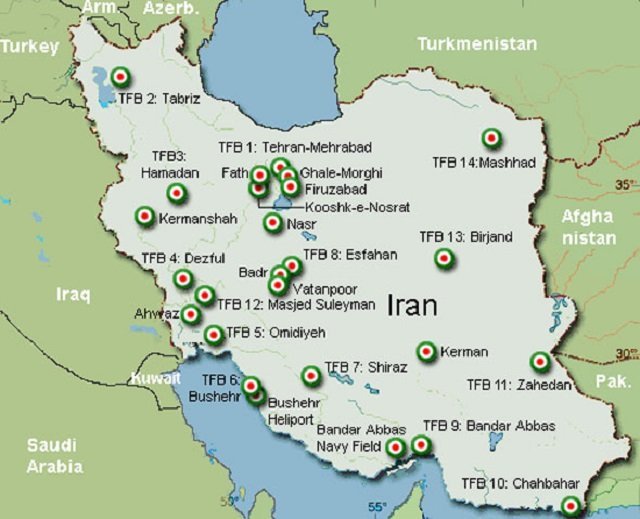 “[T]he strongest nonproliferation agreement ever negotiated,” boasted President Obama of his Iran agreement, pledging that the International Atomic Energy Agency “will have access where necessary, when necessary.”

This turns out to be far from the “anytime, anywhere” inspections promised by his energy secretary and deputy national security adviser in April, however. By July, Under Secretary of State Wendy Sherman dismissed such talk as “rhetorical flourish” and Secretary of State John Kerry said, “This is a term that honestly I never heard in the four years that we were negotiating.”

So the administration has already fudged on IAEA access to suspicious sites. So far, the inspections controversy has focused on whether the international inspectors will have timely access to suspect sites in Iran. Touring the Sunday morning talk shows, Energy Secretary Ernest Moniz argued that the 24-day delay the deal provides is immaterial.

“We are very confident in our ability to detect the vestiges of any nuclear work beyond 24 days,” he said, and later explained, “When environmental samples are taken and nuclear activity has taken place, it is virtually impossible to clean up that place. You can paint the floors. You can do what you want. We feel very confident that we would find evidence of nuclear activity.”

Yet, this assumes that the IAEA will be able to inspect Iran’s military sites. What if those sites are off limits?

Before the deal, Supreme Leader Ali Khamenei insisted that “inspection of our military sites is out of the question and is one of our red lines.” Foreigners, he elaborated, “shouldn’t be allowed at all to penetrate into the country’s security and defensive boundaries under the pretext of supervision, and the country’s military officials are not permitted at all to allow the foreigners to cross these boundaries or stop the country’s defensive development under the pretext of supervision and inspection.”

While he has remained silent about access since the deal was signed, his proxies have not. On the day the deal was finalized, according to Iran’s Fars news service, the spokesman for Iran’s Atomic Energy Organization, Behrouz Kamalvandi, said, “In the inked roadmap, no permission has been issued for the IAEA’s access to any military centers and the nuclear scientists. We have explicitly announced our positions in this regard during the [past] negotiations.”

In July, after the deal was finalized, Iran’s foreign minister, Mohammad Javad Zarif, assured parliamentarians that he had made access to military sites a “red line” and that all of Iran’s objectives on the matter had been “fully achieved.”

Khamenei’s foreign policy adviser, Ali Akbar Velayati, was even more explicit. On July 25, he told al Jazeera’s Arabic service, “The access of inspectors from the International Atomic Energy Agency or from any other body to Iran’s military centers is forbidden.” This was 11 days after the deal was struck.

Just days ago, according to Fars, the Iranian defense minister, Brig. Gen. Hossein Dehqan, announced, “Iran does not plan to issue permission for the IAEA to inspect every site.” He made clear that inspectors would never be permitted access to missile bases.

While some analysts and officials have dismissed such statements as the ranting of the hardest of hardliners (albeit the foreign and defense ministers and the supreme leader’s closest advisers), the Associated Press has reported that the IAEA has agreed to inspection procedures at the Parchin military site that would deny the agency physical access to the site, relying instead on photographs, videos, and samples collected by Iran. The IAEA disputes the AP story, but has not specified the procedures agreed to with Iran.

Former IAEA chief inspector Olli Heinonen writes, “If the reporting is accurate, these procedures appear to be risky, departing significantly from well-established and proven safeguards practices. At a broader level, if verification standards have been diluted for Parchin (or elsewhere) and limits imposed, the ramification is significant as it will affect the IAEA’s ability to draw definitive conclusions with the requisite level of assurances and without undue hampering of the verification process.”

The administration, nonetheless, remains confident. State Department spokesman John Kirby insists, “The IAEA has the access it needs to verify Iran’s nuclear program will remain peaceful going forward, and that includes access to any site it needs access to inside Iran, no exceptions.”

As for the Iranian statements, he replies, “We’re not going to get into the business of interpreting or parsing comments by Iranian officials. What’s important to us is the details of the deal, which all parties, including Iran, agreed to. If Iran does not live up to its end of the deal, including the access spelled out in the JCPOA, then there won’t be sanctions relief, plain and simple.”

This issue needs to be clarified. If Iran can deny inspectors access to military sites, it will create an enormous sanctuary for clandestine nuclear weapons work. The Parchin site alone encompasses hundreds of buildings spread over a dozen square miles. If military sites in Iran are off limits to IAEA inspection, the “strongest nonproliferation agreement ever negotiated” will include the largest loophole in arms control history.