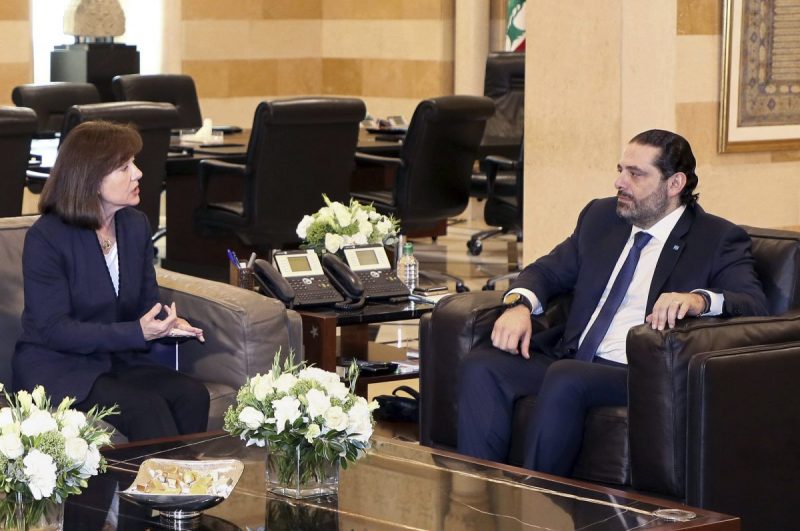 Here is a news item AP wires carried that is eye catching. It said verbatim “The U.S. ambassador to Lebanon expressed concerns Tuesday over the militant Hezbollah group’s growing role in the new Cabinet, saying it does not contribute to stability”. Don’t we know it yet? That MENA American leverage treks in sub zero Celsius.

Or are we just sprinkling ink and pixels on empty canvases of surrealism?

President Trump wants out of Syria, but our diplomats are working the circuits with uncompromising agility and hope. Hope that, after Trump, things would change. Just like the hope and change of the king of non interventionism, and master of all wimpy creatures roaming the planet.

The last president was a wimp, and the new president always awaits his instructions from abroad. Both non interventionists for reasons that vary. The former to eradicate Israel from MENA indirectly using Iran, and the latter to keep his secrets buried by ass kissing Russia. Some even say Trump wants to punish Israel because of wealthy Jewish American donors towing the Democrats’ line.

The point is the same. MENA American leverage treks in sub zero Celsius because it is incompatible with our non interventionist policies. We cannot ask our allies to listen to our advice when we leave them to deal with the devil on their own. This is like a baker abandoning his oven and still expecting wondrous golden bread. Can you imagine Hezbollah’s laughter? We can.

I was also very frank with the prime minister about U.S. concern over the growing role in the Cabinet of an organization that continues to maintain a militia that is not under the control of the government.

Honestly, look at the picture of this post. Look at Hariri’s face expressions. Expressions that whisper “If I block or confront Hezbollah, where will you be to protect my back?” or “Is the Ambassador serious? Should I pinch myself?”

Grant you, our diplomats are doing their best under the circumstances. Their Foggy Bottom instructions, as irrelevant to our enemies as Kryptonite is to humans, keep the institutional message on track. Trump will be gone by either 2020 or 2024, but who is to say that our MENA non interventionist policies will be gone as well? By 2020, we will celebrate non intervention’s 12th birthday.

It is unrealistic to expect U.S. MENA policies to walk backward by looking forward. Trump gifted Syria to Putin, and guess who noticed? Yes, Iran and its dwarf Hezbollah. So did Hariri who must be asking himself “How can we trust America after abandoning its allies in Syria?”