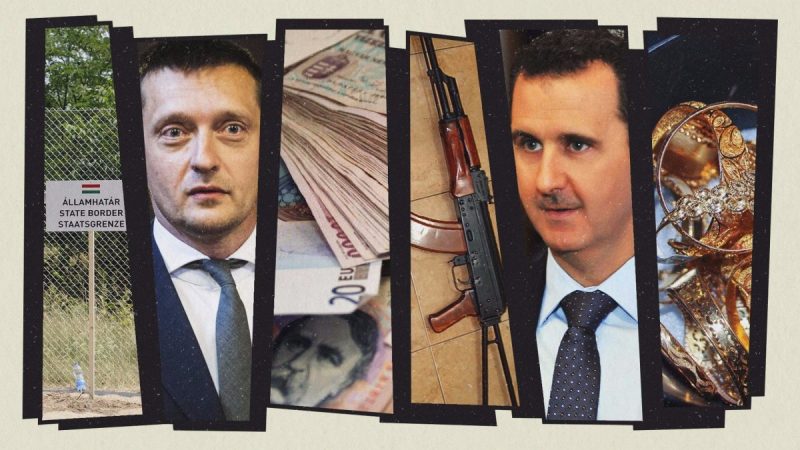 The investigative portals Direkt36.hu and 444.hu said on Wednesday in a joint report, citing unnamed sources, that Hungary gave a residency permit to Atiya Khoury, who the United States accused in 2016 of paying for fuel procurements for Baschar al-Assad’s government.

The “golden visa scheme” launched in 2013, which guarantees temporary residency for at least five years to foreigners buying a Hungarian bond for up to 300,000 euros, helped Hungary raise funds at a time when its credit rating languished in “junk” status. Hungary halted the program last year.

Orban’s chief of staff Janos Lazar told a regular news conference that national security bodies had screened all those who had bought residency bonds. he said:

I’m sure that they screened everyone very thoroughly … I have no doubt about that.

The websites’ allegation that certain Syrians were among those allowed to buy residency comes at a sensitive time for Orban’s right-wing, pro-Putin government which has been fiercely campaigning against Muslim immigrants ahead of an election on April 8.

The websites said it could also be a worrying lapse of national security, if it were confirmed.

Orban is seeking a third consecutive term and his party has a lead over the opposition in the opinion polls.

The opposition Socialist party urged the government to clarify whether it let “criminals” settle in Hungary, and the opposition Democratic Coalition and LMP parties demanded more clarity on the issue.

The Immigration Office did not reply to Reuters questions regarding the identity of the man who the websites said received his status under the bond program.

The government did not respond to Reuters requests for comment. Hungary’s intelligence agency did not immediately respond to an email requesting comment.

Reuters could not independently verify the websites’ report, which did not say when the Syrian fugitive was given the visa. The Trump Effect: Europe defying American Assad sanctions.

Direkt36 said it received a list of names from an unnamed source which included individuals from several countries, not just Syria, who took part in the visa program. Another source familiar with the administrative process confirmed the man and his relatives received residency permits through the program, Direkt36 said.

It highlighted a second Syrian fugitive operative who Italian authorities suspect took part in an international money-laundering scheme. Direkt36 said he was detained by police on Nov. 28, 2017, in Hungary. Police did not reply to requests for comment.

The U.S. Treasury Department said on its website at the time when it imposed sanctions that the man the Hungarian websites identified, alternatively spelled as Atiya Khouri by the U.S. Treasury, operated a firm Moneta Transfer & Exchange and moved cash between Syria, Lebanon, and Russia on behalf of another man, and with authority from the government of Syria,

“He paid for fuel procurement for the government of Syria using Moneta Transfer & Exchange and received a commission for these transactions,” it added at the time.