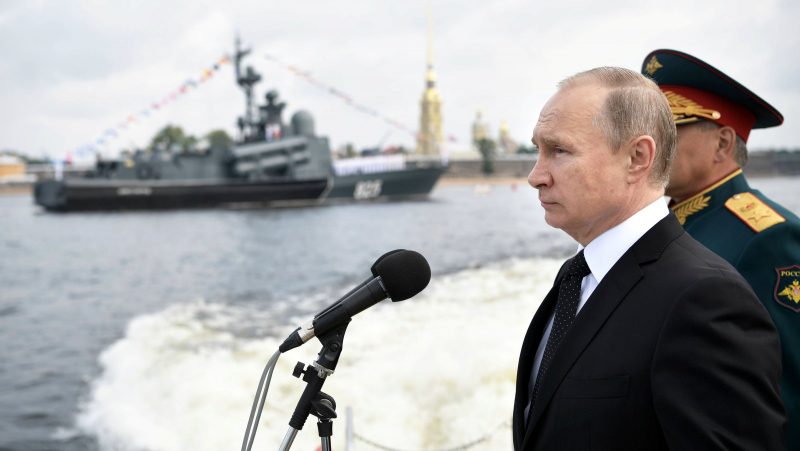 December 28, 2017 5:55 pm 0
When Will Helpless Syrian Civilians Earn a “Never Again”?
Stepping-up by Stepping Sideways
Does the World Realize What a Nuclear Iran Means?

There is a new theme for Syria making its round in Britain mostly based on after-the-fact regrets. Regrets dealing with apathy, lack of fortitude, and lack of humanity on the part of a person called Barack Obama. In no time, Putin jumped Syria to Britain.

Early-on liberal and secular Free Syrian Army rebels and defectors were consoled during the conflict but were never assisted to remove Assad from power; and then, they were showered with grandstanding statements that were meaningless in the face of chemical attacks.

Now come some British officials questioning the very same decisions to abandon Syria to Assad’s barbarism they wholeheartedly voted for in Parliament. They all knew what leaving a vacuum for Russia and Iran meant, but now that Putin is more of a threat to their homeland and their domestic politics, those politicians are lamenting their inaction with regard to Syria. Putin jumped Syria to British shores when Syria was their Maginot Line. The fools.

Winston Churchill died, long live the cowardly pedigrees that followed him. Jolly good, let’s have a Westminster Parliament kennel show. Parade those arses who voted “No” to help the liberal Free Syrian Army defeat Assad, Khamenei, and by extension Putin.

“[British vote] was seen as a green light by Assad in killing his people. He didn’t need to kill them exclusively through chemical means, he killed them through mechanical means. He continued his war against his own people, and the green light was also seen by other powers, Iran and Russia, who then moved into the space vacated by the United States with consequences which we have seen.”

What’s next? Maybe a photo-op with those parliamentarians who voted “No” for Syria’s interference standing next to a Russian submarine that just docked at HMNB Portsmouth with all of them wearing Putin T-Shirts.

Prepare yourselves Europe. Iran is coming, Putin is at your doors, and N. Korea has you in their eye sights.

Had Barack Obama stopped Putin in Ukraine, acted to dismantle the North Korean threat instead of golfing, bombed Assad for his chemical attacks, Europe would not be threatened by a flood of peaceful immigrants and one not so-peaceful thug next to a mentally deranged one.

Syria was your magical Maginot Line and you blew it.