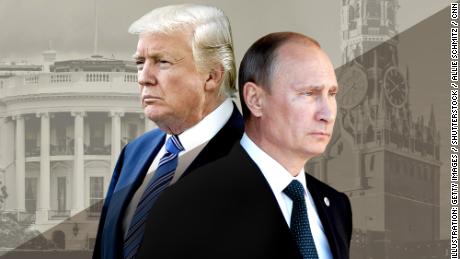 February 17, 2019 8:50 am 0
US Congress Bill Punishes Assad for His Atrocities
Russia Informs the UN It Will Resume Bombing Hospitals in Syria
Finagling Donald Trump

France’s foreign minister on Friday said he was mystified by U.S. policy on northeastern Syria after U.S. President Donald Trump’s decision to withdraw troops, because it would only benefit Iran, which Washington wants to be tough on. Slowly, Europe exposing Trump treacherous behavior as a president giving comfort to our enemies.

The troop withdrawal, which Trump announced in December, rattled U.S. allies fighting Islamic State in northeastern Syria. On Friday, speaking at a security conference in Munich, U.S. Senator Lindsey Graham said the United States would keep its capacity in the region.

IT’S A MYSTERY TO ME

There’s one thing I don’t understand on American policy in this region. How can one be very firm against Iran and at the same time abandon northeast Syria, when one knows that in the end it favors Iranian activities in the region? It’s a mystery to me.

France is one of Washington’s main allies in the U.S.-led coalition fighting Islamic State in Syria and Iraq. Its warplanes are striking militant targets, and its heavy-artillery is backing Kurdish-led fighters. France has its special forces on the ground in Syria.

“You’ve started to clarify the mystery by saying that the U.S. will maintain its capacity. I didn’t know that, that’s news to me,” Le Drian said, adding with a hint of irony: “That fills me with joy.”

Trump has pulled the United States out of an international nuclear accord with Iran. He, further, imposed tough new economic sanctions on Tehran and told European capitals to do the same.

But his declaration that he was removing all 2,000 U.S. troops from Syria stunned allies, including the Kurdish militia who control swathes on northern Syria but who Turkey perceives as an enemy.

Graham said in return for the United States keeping capacity in the region, its allies should deploy troops to monitor a safe zone in northeastern Syria.

U.S. officials have toured the Middle East in recent weeks to reassure allies that Washington remains committed to the region, though Le Drian has expressed skepticism.