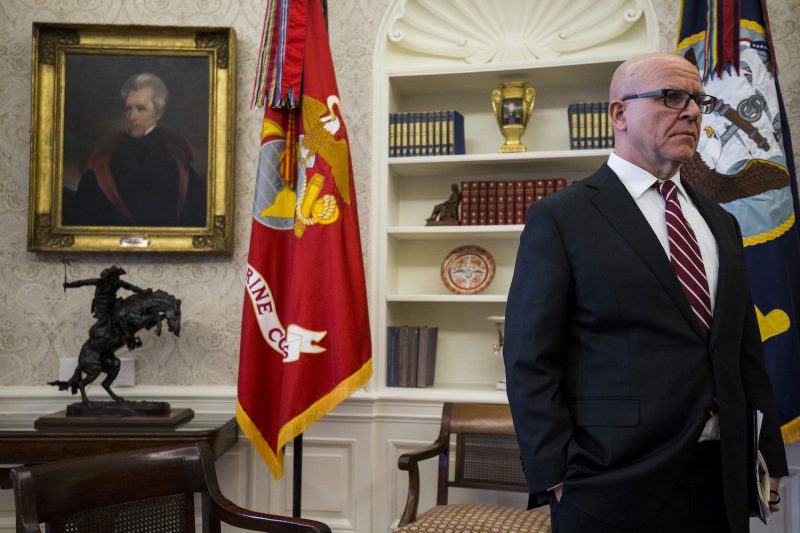 McMaster Must Go. Failed to Protect U.S. From Iran.

February 27, 2018 7:20 am 0
Iranian Agent of Death in the Levant
When a Jew and a Muslim Speak in One Voice, World Better Listen
How Washington Turned Iran into a Powerhouse

A report this morning by Foreign Policy Magazine pegs a high probability to President Trump removing his National Security Adviser three-star General H.R. McMaster to be replaced by a more hawkish adviser. An adviser who would be able to stand up to Iran and North Korea rather than sit on his ass as McMaster has done. The beginning of an  Iranian Revolution fizzled under his watch. At TFS, we say McMaster must go.

During McMaster’s tenure, Iran has become bolder and more lethal. Instead of using his power to advise Trump to the many options the U.S. has at its disposal, which none carries our troops to foreign lands, to limit the damage the regime has inflicted upon a volatile region, he simply ignored long-term Iranian threats to America.

Iranian troops in Syria are fighting in support of the butcher of Damascus Baschar al-Assad by participating fully in massacring Syrian civilians in East Ghouta either directly or through Hezbollah. And while Iran continues its streak of terror, it is also building a huge arsenal in Syria in anticipation of striking Israel. In the meanwhile, McMaster has abandoned the Middle East to Russia, continuing Obama’s policies.

Prevention comes in several forms. Diplomacy is not a form that works with regimes of terror like those we find in Syria and Iran. Those bastards need a different form of prevention that would flex American muscles while it imposes stricter financial sanctions to restrain their movement and/or their expansionism.

Permitting Iran to roam freely in Syria is tantamount, indirectly, to a full acquiescence into the killing of innocent civilians, which is a crime against humanity. McMaster, because of his apathetic posture, is causing both the IRGC and the Assad forces to assume Trump has given them the green light to massacre at will women and children.

How else can one explain both countries behaving as if Barack Obama was still in power? McMaster is, simply put, a mini Obama.

McMaster must go. He has proven to be incapable of carrying the full and heavy responsibilities of a National Security Adviser by protecting U.S. interests in a volatile region capable of producing extremist Muslims, if abandoned to chance, which, we all know, may force the United States to send troops abroad. Prevention is the name of the game in the Middle East, especially when evil men who know no limits are given free reign to terrorize people and countries alike.

McMaster Must Go. Failed to Protect U.S. From Iran.