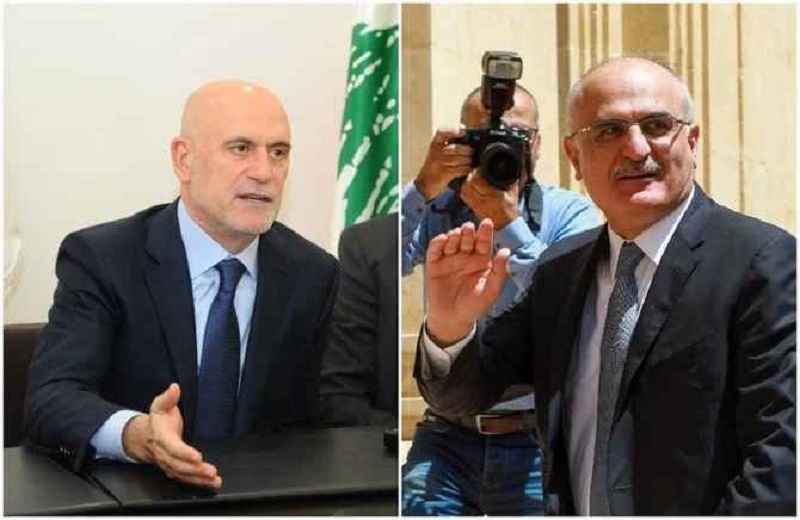 Today, the US Treasury announced new sanctions against two corrupt past Lebanese government ministers who used their office to benefit Hezbollah.

The ministers in question are Yusuf Finyanus and Ali Hassan Khalil.

Corruption has run rampant in Lebanon, and Hezbollah has exploited the political system to spread its malign influence. The United States stands with the people of Lebanon in their calls for reform and will continue to use its authorities to target those who oppress and exploit them.

Yusuf Finyanus is the former Minister of Transportation and Public Works (2016-2020).

As of mid-2019, Hezbollah used its relationship with officials in the Lebanese government, including Finyanus as Minister of Transportation and Public Works, to siphon funds from government budgets to ensure that Hezbollah-owned companies won bids for Lebanese government contracts worth millions of dollars.

In 2015, Hezbollah gave Finyanus hundreds of thousands of dollars in exchange for political favors. Also in 2015, Finyanus met regularly with Wafiq Safa, whom the U.S. Treasury designated in 2019 for his leadership role in Hezbollah’s security apparatus. Finyanus also helped Hezbollah gain access to sensitive legal documents related to the Special Tribunal for Lebanon and served as a go-between for Hezbollah and political allies.

In addition to his activities supporting Hezbollah, Finyanus engaged in corruption while in his position as Minister of Transportation and Public Works by diverting funds from the ministry to offer perks to bolster his political allies.

As Minister of Finance, Khalil was one of the officials Hezbollah leveraged a relationship with for financial gain. In late 2017, shortly before the Lebanese parliamentary elections that would take place in May 2018, Hezbollah leaders, fearing a weakening of their political alliance with the Amal Movement, reached an agreement with Khalil where he was prepared to receive Hezbollah support for his political success.

Khalil worked to move money in a manner that would avoid U.S. sanctions enforcement from government ministries to Hezbollah-associated institutions.

Additionally, Khalil used his position as Minister of Finance to attempt to have U.S. financial restrictions on Hezbollah eased so that the group would have less difficulty moving money.

Khalil also used the power of his office to exempt a Hezbollah affiliate from paying most taxes on electronics imported to Lebanon, and a portion of what was paid was collected to support Hezbollah.

As of late 2019, Khalil as Finance Minister refused to sign checks payable to government suppliers in an effort to solicit kickbacks. He demanded that a percentage of the contracts be paid to him directly.

Most Lebanese are clueless about Hezbollah’s corrupt practices. In announcing the brief backgrounds of Finyanus and Khalil above, the US Treasury has embarked on informing and education the general public. The hope, of course, is to shed a light on how detrimental Hezbollah’s activities have become to Lebanon’s interests.

Hezbollah’s public corruption is just the tip of the iceberg. The terror organization has its dirty fingers in every aspect of the Lebanese government operations, and if one is to define “Shadow State” in a dictionary, Hezbollah provides the perfect example.

Then imagine the grip Iran has on Hezbollah to fully understand how the terrorist Ayatollahs in Tehran plan to function in every Arab country. To suck the blood of every Arab government.

For Lebanon’s demise, we should all thank Barack Obama. He gave Iran teeth to bite, and claws to kill.