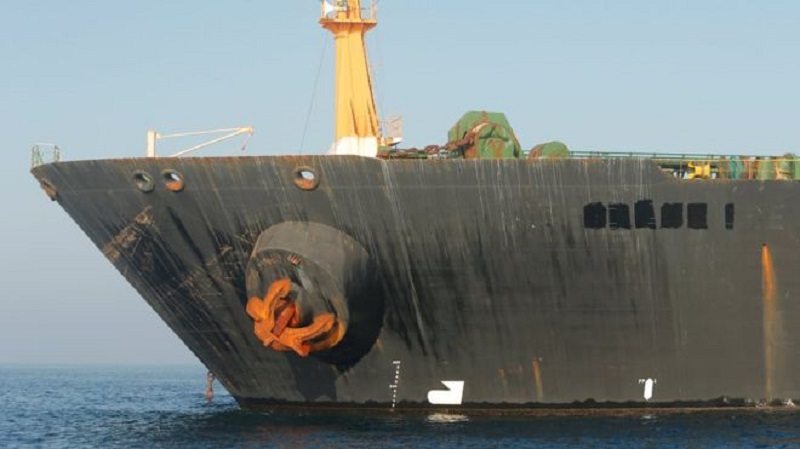 Newly released U.S. court documents show the United States issued a warrant for the seizure of an Iranian tanker that British Royal Marines had seized last month in Gibraltar, citing evidence that it was transporting oil to Syria in violation of U.S. sanctions. The US seeks to seize Iranian oil tankers violating its sanctions, which is a new tactic to submit Iran to a post WWII treaty similar to those Germany and Japan signed.

Iranian danger in spreading religious extremism, backed by nuclear missiles, is unacceptable to the world community.

U.S. Attorney for the District of Columbia Jessie Liu said in a news release on Friday:

A seizure warrant and forfeiture complaint were unsealed today in the U.S. District Court for the District of Columbia alleging that Oil Tanker “Grace 1,” all petroleum aboard it and $995,000.00 are subject to forfeiture based on violations of the International Emergency Economic Powers Act (IEEPA), bank fraud statute, and money laundering statute, as well as separately the terrorism forfeiture statute.

The British Royal Marines seized the oil tanker at Gibraltar on July 4 on suspicion of violating European Union sanctions. The tanker was heading to Syria to unload its cargo at the port of Banias.

Reuters obtained a court document, which contained evidence Iran scheduled the tanker to arrive in Syria in early July. The document said.

Gibraltar authorities said on Thursday the U.S. Department of Justice had applied to seize the tanker.

Washington had attempted to detain the Grace 1 on the grounds it had links to IRGC, which it has designated a terrorist organization. The IRGC has committed atrocities in Syria against women and children. It fought liberal Free Syrian Army defectors seeking freedom from the brutal Assad regime.

“The scheme involves multiple parties affiliated with the IRGC and furthered by the deceptive voyages of the Grace 1,” Liu said. “A network of front companies allegedly laundered millions of dollars in support of such shipments.”

“A seizure warrant and a forfeiture complaint are merely allegations. The burden to prove forfeitability in a civil forfeiture proceeding is upon the government,” the news release said.

Gibraltar, which said it first received a U.S. Department of Justice request to seize the Grace 1 tanker on Thursday, lifted the tanker’s detention order later in the same day.

A last-ditch U.S. legal appeal to hold the vessel further complicated its fate.

The tanker shifted its position on Friday, but its anchor was still down. It was unclear if it was ready to set sail soon.