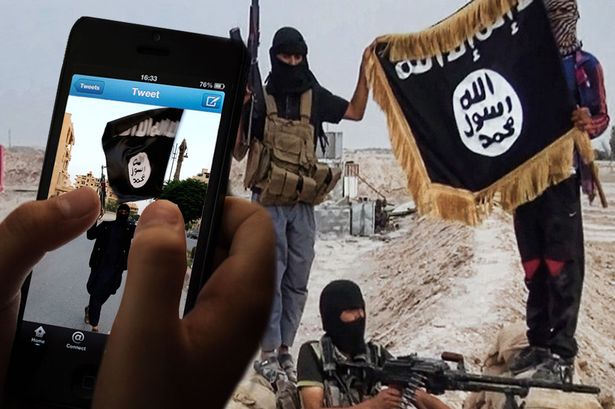 July 6, 2015 5:47 pm 0
How the Media’s Focus on Kobani Obscures the War in Syria
Playing with fire
One More Sign of Syria’s Assad Influence Over ISIS

President Barack Obama on Monday pledged to increase U.S. support for the moderate opposition in Syria’s civil war and said the United States needed to do more at home to prevent attacks and combat Islamic State efforts to recruit followers. We say, just Trash Obama worthless words on Syria.

By our account, this is the 14th time Obama says he will help the moderate Syrian opposition. He never did. This is why extremism has flourished in Syria. So just trash Obama worthless words when he speaks about helping the Syrian people defend themselves. He is spinning in the hope everyone thinks he is arm wrestling Iran for a better U.S.-Iran deal just 24-hours before the deadline.

Obama, speaking at the Pentagon, said the United States would continue to crack down on Islamic State’s illicit finance operations around the world.

To achieve any semblance of a balanced policy, Mr. President, you need to strike the Assad forces as well as ISIS. Striking one terror without the other makes the United States look like it is taking sides with the Shiite terror of Iran. Ergo, Sunni ISIS recruitment success and its base of sympathizers.

On helping the moderate Syrian opposition, it is one big lie aimed at Iran. Just trash Obama worthless words on Syria. He will help no one in Syria against his friend Khamenei.

Obama emphasized, as he has before, that with a strong partner on the ground in Iraq, the United States and its partners would be successful in defeating the militant group, which is also known as ISIL.

Someone should tell him that Iraq is under the spell and control of Iran. What partner? Again, trash Obama worthless words.

And I have made it clear to my team that we will do more to train and equip the moderate opposition in Syria.

Sounds like Obama is forcing himself on his pro-Iranian team. However, since we have heard those words before and since Obama did not give details on what more the United States would do in that regard, just take trash Obama worthless words. The man is a degenerate liar.

Nothing is going to happen as long as he is beholden to Iran.

He noted the threat of smaller attacks within the United States and said more needed to be done to prevent Islamic State from recruiting followers within the U.S. homeland.

We also have to acknowledge that ISIL has been particularly effective at reaching out to and recruiting vulnerable people around the world, including here in the United States. And they are targeting Muslim communities around the world.

Mr. President, you should have said Muslim Sunni communities. Maybe the mention of the word would have sounded the alarm when it comes to the defunct policy of striking the Sunni terror in Syria while leaving the Shiite Assad terror run amok.