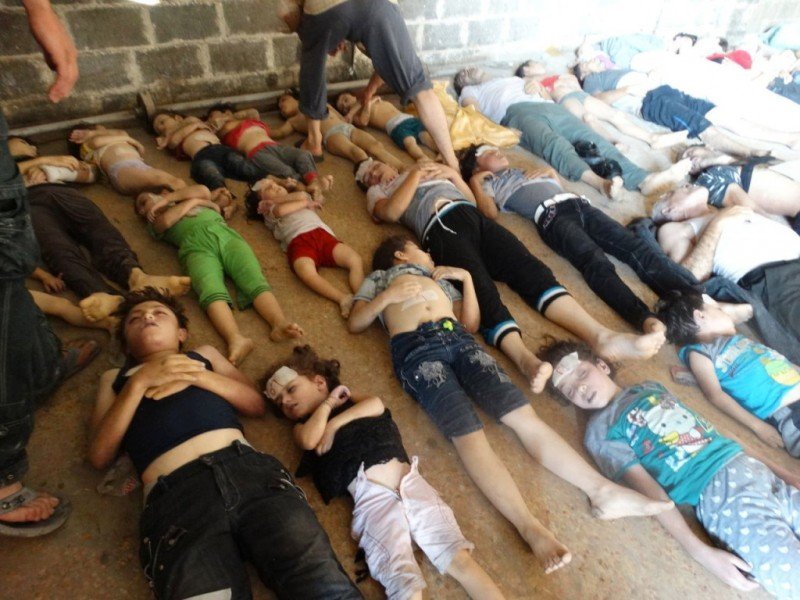 March 10, 2015 7:40 am 0
Three groups you probably didn’t know were fighting for Syria’s Assad
Assad Dead Man Walking. If Not Today, Then Soon
Why Obama Won’t Help Syrian Children and Women?

TFS: The brutal ISIS acts eclipse Syria’s Assad regime by a long mile. While we abhor ISIS and what it stands for, the psychopath Assad atrocities against civilians are far more numerous and brutal than ISIS has committed. 45 years of Assad tyranny and violence is equivalent to the horrors we witnessed during World War II. The audio below is eye opening in terms of comparative analysis between two savages.

The self-proclaimed Islamic State, also known as ISIS, receives attention for its brutal killings. Analysts say the group’s hunger for publicity is overshadowing other heinous events committed by the Assad regime.

The Retirement Gift of Lakhdar Brahimi
Assad Planting Operatives within the FSA
The Thomas Affair: A Letter to Wayne State University
Assad Genocide 429