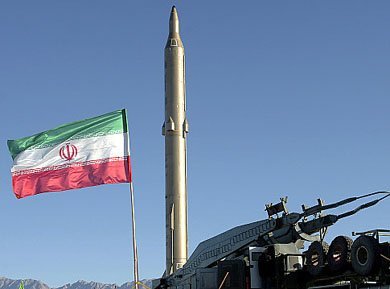 If you look at what Iran has been able to accomplish since Obama was elected in 2008 in terms of ge0-political gains in the Middle East, it is hard not to believe that Obama making Iran stronger is not his real agenda.

Because a stronger Iran fills the Middle East void Obama is abandoning. Once that void is filled, it would be hard to re-gain any control over it. In his way, Obama wants America out of the Middle East and has planned it to make it virtually impossible for the U.S. to go back-in. Such is accomplished when Obama permits Iran to conquer and blunder at will.

With Iran fully planted in four Arab capitals when it had none in 2008, dislodging her means an expensive and protracted war Obama knows the American people have no appetite for. What this president has either missed or intentionally planned along the way of Obama making Iran stronger is to understand what the real Iran agenda may be after it gains access to all these Arab capitals. Will Iran be satisfied with its gains or will Iran aggress Israel as well?

Furthermore, why is Obama ignoring Iran building ICBM rockets able to deliver nuclear weapons against the West? There is something quite sinister about these negotiations. As sinister as Obama is playing G*d with the lives of hundreds of millions of people in a region we did not elect him to change for the worse.

Obama knows that every U.S. President, since Truman, has always protected Israel from any harm; even if that means going to war because Israel represents a steady and reliable foothold in a region basking in violence, extremism, treachery, and terror. To change course permanently so that America abandons this region to the violent Iranian lot hoping to rule it, Obama is engineering our exit in such a way that no future U.S. President would be able to reverse course. Obama making Iran stronger removes many of the options a determined future President may have in pursuing the same foreign policy dictated by interests and order.

Before he leaves the region to Iran, Obama has concocted an agreement whereby it is supposed to protect Israel from Iranian nuclear terror. Or so he says. The truth is that Obama is accelerating Israel’s demise by paving the way for Iran to have its nuclear cake and eat it too. Iran calling for annihilation of Israel as negotiations continue and without any meaningful reprimand or some punishing response from this White House should be a warning that Obama could care less whether Israel was bombed out of existence tomorrow.

Any other serious U.S. President would have halted the negotiations immediately if their aim was to protect Israel.

I believe Israel will survive Iran with or without Obama. What I am concerned about is that the region won’t survive Iran by the time Obama leaves office. Either Iran would swallow many Arab countries, which will start a long protracted sectarian war or, as PM Netanyahu predicted, the region will fall prey to a deadly nuclear arms race that will end up causing far more problems for the West.

The next U.S. President will have much tougher time reigning the Iranian bundle of terror or a nuclear arms race thanks to Obama’s deliberate attempt at abandoning the region to our worst enemies.